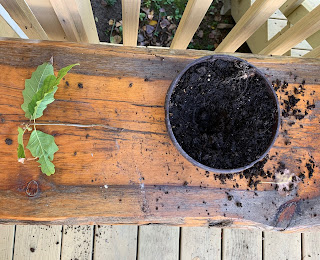 Because we are inherently social, we spend a lot of time trying to understand motive in the actions of others.  Motive provides a context from which we can apply a category or frame - and as we are also inherently driven toward sense-making and meaning-making this idea of motive is a pragmatic tool that actually serves our own purpose.

In occupational therapy, a practitioner will take motive out of this standard context and attempt to manipulate it as a tool for promoting a certain outcome.  It is a presumptuous methodology, and probably something that we need to spend time discussing.  Used incorrectly, the manipulation of motive can at best simply backfire, and at worst can actually be an assault on another person's autonomy and freedom.  In either case, if you get it wrong, it ends up being rather unhelpful.

We have many squirrels in the neighborhood of our home in the Finger Lakes.  The grandchildren derive endless amusement at watching them - the front yard animals all have names assigned by the toddlers - any gray colored squirrel is 'Tam' and any black colored squirrel is called 'PeepPeep."  The squirrels interact regularly with Dingle the bluejay, Corrine the robin, Peetle the cardinal, and a cast of many others.  We have an ongoing practice of critter watching right out the front window, and the animals play out created dramas as dictated by the children - mostly oriented around 'good' and 'bad' behavior, who is chasing who from the bird feeder, who and who should not be allowed to be on the bird feeder, and so on.  Motives are assigned, often dictated by the marginally intelligible logic of toddler brains.  And from the apparently equally questionable thinking of their grandfather.

The children are also aware that some trees have bugs in them (emerald ash borers is too much of a mouthful at 2 years of age) and that the woodpeckers are trying to eat the bugs to save the trees.  We have decided that the loss of trees would be problematic since the trees hold up our hammocks, attract the birds, and provide nesting homes for Tam and PeepPeep.  Therefore the bugs are being naughty and the woodpeckers are like the police force, trying to instill some sense of law and order in our little community.

All assigned motives - perilous if you get it wrong.

One day while we were stalking the yard and picking up branches from the Catalpa trees (the trees never pick up after themselves, so someone has to do it), we noticed something unexpected - an oak seedling.  After some discussion we decided that some squirrel had planted it, but made an error in placing it too close to the foundation of the house.  Since we try to avoid trees in our flowerbeds, I plucked out the seedling and it came out cleanly with the acorn still intact!

Well now, this was an unexpected opportunity so we took it upon ourselves to re-plant the acorn and seedling in a separate pot, with what we thought was more fertile soil, and then gave it a pleasant and presumably protected location on the deck where it could grow.  The objective was to eventually re-plant the seedling into a more suitable location so the squirrels could have a preferable home, since the ash trees were having difficulties on account of those naughty bugs.

All motives assigned, and with good intention.  I have trained for over 33 years for moments like this.

The spring and summer moved on - and we continued to use our yard as a combined entertainment, learning, and leisure venue in this pandemic context, and we dutifully watered and nurtured our seedling and watched it sprout a couple of new leaves.  Everything was going perfectly, or so we thought.

I am uncertain if it was Tam or PeepPeep, but the squirrels came back and took actions that we did not anticipate - this can happen when you misidentify motive.  They messily dug out their foodstore and had a very tasty breakfast out of what we thought was supposed to be their future home!

When I first came upon the scene I screamed in my head, 'Murderers!' and wondered if it was toddlers who had dug out our positive intentions and made such a mess on the deck.  Sometimes we can sabotage our own efforts this way.  But then I saw the real evidence: the cleanly severed seedling, the acorn shell remnants, and I immediately knew that we made a grave error in understanding motive.

This was no future home.  This was future breakfast for Tam and PeepPeep.

Understanding motive is hard, and perilous, and I guess that even after 33 years practice it is possible that grave errors can still be made.  It is an important lesson, and probably useful for occupational therapists to think about. 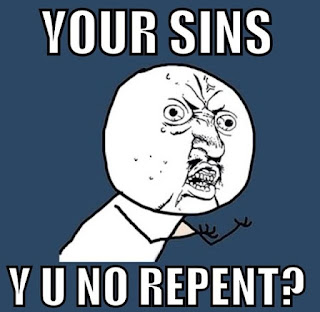 I am sometimes hesitant to extend my commentary to the academic editorializing that happens in the occupational therapy literature of other countries, but I am unable to remain silent.  Too often the ideas expressed elsewhere slither their way into the thinking of academics in the United States. And, of course, any objection to these ideas immediately causes one to be branded xenophobic, and usually worse, so I will simply gird myself for that criticism; I know it is coming.  Over time I have raised the issue of international 'goodness of fit' of philosophical constructs - initially in OT24VX presentations.  I talked about the incompatibility of 'occupational justice' models in societies that had health systems that had elements of free-market construction as opposed to those that are more fully socialized.  For a while I tried to discuss reverse colonialism, thinking that if I spoke the language of those who perceived themselves to be oppressed by Western OT thinking
Read more