Showing posts from February, 2015
Show all

February 24, 2015
Concern Troll: ( noun ) A person or persons who pretends to be 'concerned' about something and talks about it, all the while serving to actually disrupt the legitimate concerns and activities of people who are trying to address problems. Concern trolls are particularly skilled in derailing conversations, conflating issues, and leading people off track. ***** AOTA recently released a new document on use of restraints and seclusion related to school based practice.  I will not link that document because I believe that it is fundamentally flawed and does not represent the thinking of many people who actually practice in school settings.  There is no value in spreading that faulty document, but I will describe the problems with a hope that more conversation will be generated about the issue broadly. The paper has some positive aspects, including identification of the role of OT in helping teams understand and interpret personal and contextual factors that might lead to disrup
Post a Comment
Read more

Can occupational therapists predict the future? 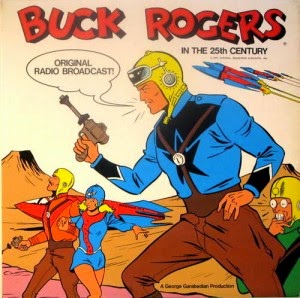 There is ongoing debate on the AOTA forums about move to an entry level doctorate.  Within that debate there is repeated discussion about the 'future.'  I am very interested in the concept that occupational therapists should attempt to 'focus more on what COULD and SHOULD be different for practitioners graduating in the future.' Prognostication is an interesting endeavor, and I am wondering if this is something that most occupational therapists really have the skill set to accomplish.  I don't believe that there is evidence to support OTs having these skills. R. Buckmister Fuller, who in my opinion was a tremendously gifted anticipatory design scientist, felt that he had an ability to prognosticate based on his model of integrative systems thinking and on his naval training in navigation and ballistics.   In his book 'Operating Manual for Spaceship Earth' he explained how some people felt that he was 1000 years ahead of his time, which puzzled h
1 comment
Read more

Can use of an occupational justice model in an American context result in accusations of professional misconduct?

February 11, 2015
Can use of an occupational justice model in an American context result in accusations of professional misconduct? Conceptual practice models are interrelated bodies of theory, research, and practice resources that are used by OTs to guide practice (Kielhofner, 2009). One such conceptual practice model is the Occupational Justice Model (Townsend, 1993; Townsend and Nillson, 2010).  According to these sources, the Occupational Justice Model is framed around the concept that injustice occurs due to inherent governance and social structures that allegedly restrict the occupational performance of some populations and individuals. Concepts associated with occupational justice models have filtered into some official documents of the American Occupational Therapy Association.  For example, the AOTA 2010 Code of Ethics included a new principle of 'Social Justice' (AOTA, 2011).  That new principle required occupational therapy personnel "to provide services in a fair and equitab
6 comments
Read more

From Social Gospel to the New Deal: A values juxtaposition that has been whitewashed by OTs

February 09, 2015
I was interested to see some comments from Dr. Elizabeth Townsend (2015) in an online forum asking "How are we building leadership for key posts at universities in support an [sic] occupation focus - both in the science and therapy of occupation?"  She asked this question in context of an open position at Dalhousie's School of Occupational Therapy in Halifax, Nova Scotia but was interested in a more general sense of how to build leadership outside of large metropolitan areas.  This interested me because I have been studying recruitment and spread of occupation workers at the time of the founding of the occupational therapy profession.  I began to wonder if a study of this history could provide context for interpreting the current recruitment call. An important early supporter of proto-occupational therapy was a man that is not often cited in American textbooks.  Sir Wilfred Thomason Grenfell is described as a "physician, medical missionary, social reformer, and
Post a Comment
Read more
More posts