Showing posts from July, 2005
Show all

July 31, 2005
Hm, perhaps my postings over the next little while will be restricted to text only. I wanted to talk about private practice, and perhaps talk a little bit about what I went through in the last 36 hours, and perhaps talk about a broader desire to help other people get involved in private practice - but now that I can't upload my picture I am feeling a little deflated. It was of Thelma and Louise, flying over a cliff, preferring to face death than capture. That is kind of what entering private practice is like. I don't mean this in a negative way whatsoever, despite what the last 36 hours was like. Now that I am here on my slow dial-up connection I don't have motivation. I might read instead. I think that I am just tired. The sun set around an hour ago. The waves are pushing quietly but insistently at the beach outside. All is right with the world.
Post a Comment
Read more

OK everyone... make sure to visit here... This will take you to the Children's Assessment of Participation and Enjoyment (CAPE) and Preferences for Activities of Children (PAC). Yes, this is a wonderful new assessment I am currently enjoying, but it is also why I worked 18 hours today. The CAPE provides data on an individual’s day-to-day participation for the purpose of intervention planning or measuring outcomes. CAPE scores provide information about the diversity (number of activities done) and intensity of participation, as well as children’s enjoyment of activities and the context of children’s participation (with whom and where they participate in activities). The PAC may be used to assess an individual’s preference for activities. Both measures are appropriate for clients with or without disabilities between the ages of 6 and 21 years. CAPE and PAC may be used independently or together. Activity types addressed in both measures include: recreational, physical, social, skil
3 comments
Read more

Of birds and toilet bowl flanges and need for vacation

I talked a little about the thinking I do while driving yesterday... and I failed to mention that my absolute best thinking is accomplished while mowing the lawn with my John Deere tractor. There I was, driving around in established circles in my back yard when I approached my MacGyver -like birdfeeder. I never imagined myself to be overly creative with constructing or building things - I remember frustrating my OT 'media' teachers with my lack of creative skill. But I really redeemed myself with my birdfeeder. It used to be a pole for the satellite dish, but I removed the dish and capped off the solid steel pole with an (unused) 3" toilet bowl flange , and then attached the bird feeder to the flange. It was ingenious, if I do say so myself. Actually, I probably got the idea to do that while riding on my John Deere. See? Anyway, there I am driving around and I get to the bird feeder and I see a bird stuck inside the feeder. My first thought was to capture the bird and
Post a Comment
Read more

Life Management by Driving Around 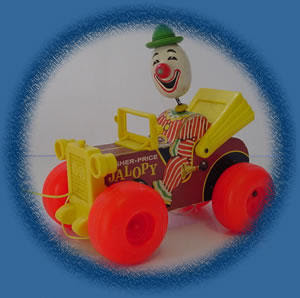 Tuesday and Thursdays are traveling days this summer... most of my work on these days is in the homes of families all over Western New York, providing early intervention and home-based preschool services. There isn't much to do in a car by yourself, so I spend a lot of time thinking. Here are some things that crossed my mind while driving around today: I thought about buying a Hybrid vehicle to save on gas. I thought about my newest niece. Because I am alone in the universe I considered submitting an article to OT Practice on virtual contexts and Blogs. I checked the Power Vista and Lewiston-Queenston bridge for signs of terrorists. What a world we live in. I wondered if there was a web site that had lists of what students (i.e. my son) need for college (A google search tonight solved that problem). I wondered if all my daughters have strep throat (oldest does, younger ones pending). I thought about my grandmother. I mentally designed a brochure to advertise a staff
1 comment
Read more 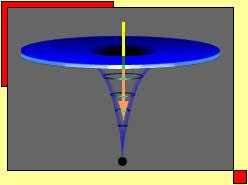 I was looking for other blogs today that are written by occupational therapists (because I have so much time on my hands). I couldn't find any, and that was a little disappointing. I am relatively certain that there are a lot of people out there who would have many interesting things to write about. But relativity breaks down at the point of singularities - and this is where space-time has zero volume and maximum density. Sounds like my mental state at the end of the day. If I wasn't an OT, I would want to be an astrophysicist - but I lack the mental capacity. Today I saw a young fellow whose mental capacity far exceeds my own - but he can't tie his shoes yet and he develops unassailable arguments about the methodologies of learning how to print. He said to me today, "If I am supposed to start my letters at the top, then how come an 'e' starts in the middle?" My brain, as dense as any singularity in the universe, could not generate a reasonable response.
Post a Comment
Read more

I was asked to go to Amber’s home to complete an evaluation. She is almost two and lives with her mom, grandparents, three aunts, and one uncle. "Her Dad lives with his parents," the mother told me, nonchalantly. She told me as if it was almost the norm. Their small apartment was in a very poor neighborhood. The walls were streaked with a greasy residue. It was distributed at adult level, and not just on doorframes. I wondered how many years of dirt were accumulated on those walls. Flypaper strips hung obscenely from the doorways, dotted with the remains of insects that couldn't seem to escape the traps. Amber was a beautiful child, by any measure. She was slight, and her hair curled in casual twists and turns outlining her perfectly symmetrical face and deep brown eyes. She had a microphone buried halfway into her mouth, making humming noises that were distorting terribly over a toy karaoke machine. "She doesn't talk yet," the mother reported, "but s
1 comment
Read more

At the end of the day, there are still the tomatoes 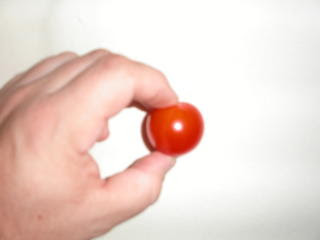 W hat a wonderful and busy day we had today. Getting ready for vacation is always the most stressful part of going on a vacation to me. I always feel a big push to catch up all the paperwork, get all the billing out, make sure all the little pieces are well organized. I have one pressing problem that I don't know how to solve yet: what do I do with my garden when I am away?? Today I picked my first tomato. It pleased me, but raised the large question. Then I remembered, there will always be tomatoes left on the vine. Maybe the rabbits will eat them, and that wouldn't be so bad.
Post a Comment
Read more

July 24, 2005
Hi everyone... This is the ABC Therapeutics weblog. We are occupational therapists in Western New York. More coming soon...
2 comments
Read more