Showing posts from December, 2010
Show all

Evidence of need for system change: Another CSE case study

December 18, 2010
I attended a CSE meeting for a child who has an autism diagnosis. This child previously received EI and CPSE services and was declassified upon entry to kindergarten. The parent called the meeting for CSE consideration because of the severe functional problems the child was having in the classroom. The school wanted to 'give him more time' despite the problems he was having because in their perspective many kindergarten children haven't been exposed to school environments and that is why it is reasonable to expect that there is a wide variation in skill levels of children that age. I suppose that is true, but I guess they forgot to remember that he received EI services and CPSE services and has autism. The school-based occupational therapist presented a boilerplate evaluation that stated the child was normal in all areas with the exception of atypical scores on a Sensory Profile. In the entire four page evaluation there were three or four narrative statements that w
1 comment
Read more

One child's Christmas wish, as expressed to the OT 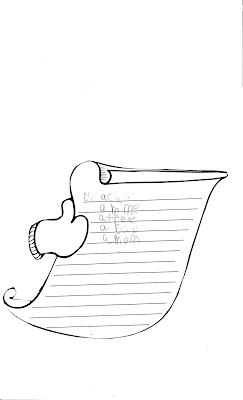 Lisa is ten years old and currently lives in a residential treatment facility for children who have emotional and behavioral difficulties. Her biological mother was addicted to drugs and Lisa was removed from her custody when she was four years old. She lived for a few years in several foster home placements and the most recent foster family had her for two years and intended to adopt her but they backed out at the last minute. There was a corresponding increase in uncontrolled behavior so she was admitted from another temporary foster placement to her current residential placement. Lisa's current behavior is very erratic. Her everyday speech is laced with profanity. She is claiming that she was pregnant and just had a baby, but this isn't true. She is physically aggressive, sexually precocious and inappropriate, and has attempted suicide twice. Lisa was referred for occupational therapy in her residential program because the previous foster family took her for a sensor
3 comments
Read more
More posts