Showing posts from January, 2006
Show all 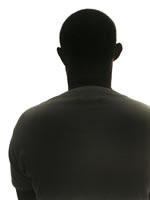 The doctors in the pediatric rheumatology department asked me to come spend some time in the clinic on Wednesday mornings; they liked the idea of having an occupational therapist there to see patients with them and to provide some direct assessment and intervention. I did a lot of measurement to monitor the mobility of little hips and knees and elbows and wrists and fingers. The one thing that I noticed about most of the children is that they were used to pain and they often didn’t say when something was hurting them. They were so accustomed to the sensation of pain that you often wouldn’t know they were hurting until you would see a glistening in the eye, or even worse, a stray tear escaping and rolling down a little cheek. When I would ask a child why they didn’t tell me that they were hurting, I would often hear “But it always hurts.” This is why working with children who have arthritis is often like taking a crash course in sensitivity training.

more than a little rain 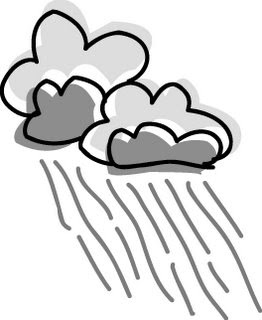 Samantha played quietly in the corner as I entered the room. Her mother sat nearby, observing from a distance. Prior to the evaluation I was told by other staff that the parent was unhappy with having to comply with the evaluations. Reportedly she felt the same way when her older child was identified as needing special education services. Samantha was going to be different, by her reckoning, and no evaluation team was going to tell this mother otherwise. Samantha continued occupying herself, carrying her parent’s burden of hope as I began to introduce myself.

“I really don’t know why we are here, and neither does anyone else,” the mother stated coldly in response to my greeting. She was thin and her face had a severe look, punctuated by her frowning eyebrows. “Samantha isn’t having any problems. Sometimes she can be stubborn and won’t do things that she is told to do, but I have no other concerns.”

“Do you like to be called Samantha?” I asked the child. 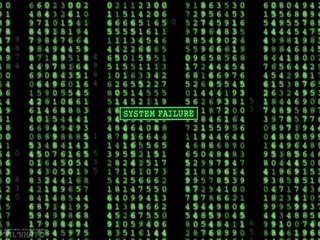 I think that we can often learn best from our largest mistakes and shortcomings. This kind of topic will not win me friends among those people who aren't interested in delving into the issues in a real way - but sometimes an issue just screams to be expressed.

This vignette does not represent ALL school based practice, but it represents enough that merits some serious discussion.

I received a phone call from a CSE chairperson today who wanted me to present my independent evaluation at a meeting. He was confused that I was recommending occupational therapy services to a pre-adolescent 12 year old child. The child has a non verbal learning disability and is failing in school. He received occupational therapy until he was in 4th grade, after which time he was discharged.

I was intrigued b…
4 comments
Read more 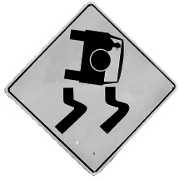 Pediatric occupational therapists often have good opportunities to talk to parents about injury prevention. Parents are often looking for advice on proper child restraints and other child passenger safety issues. Parent education regarding safety and wellness issues should be critical components of all occupational therapy interventions.

It is very difficult to cut through the hype when it comes to reporting on SUV safety - and the reporting on the newest study in Pediatrics this month is no exception. Read the full article at http://pediatrics.aappublications.org/cgi/content/abstract/117/1/9

On average, SUVs in the study weighed 1,300 pounds more than the cars studied. The extra weight of SUVs enhanced safety, reducing the risk of injury by more than a third. That safety is offset by findings that SUVs were more than twice as likely as cars to roll over in crashes.

January 17, 2006
Wow. It has been a mad dash the last couple weeks - wrapping up my last semester of classes for the doctoral program which necessitated a day-trip to Florida, and then a weekend trip to California, and inbetween one computer caught fire and the other decided to roll over and die - and then there are the contract nightmares. Life is not boring, to be certain.

Anyway, I appreciate the kind comments recently and I just wanted to remind folks that I am happy to contact people to discuss issues more but if you leave anonymous notes I have no way of contacting you! Please email me directly if you don't want to share your email with the world!

I seem to have a two week break now before the next round of travel. I'll be posting more soon..
Post a Comment
Read more

If you are not interested in technobabble about computers, please move on. Or if you look at the title of this entry and think I forgot how to spell, you can also move on. These are not the droids you are looking for...

OK for all you techno geeky people out there - I have the wonderful job of IT Manager and System Administrator for ABC Therapeutics. Of course that is in addition to my other job duties including occupational therapist, CEO, and janitor.

When you wear so many hats you sometimes start to think that you actually have the competence to be doing all the jobs that you take on. This can be dangerous.

I am one of the original computer nerds though. I built a Heathkit Z80, loaded my programs off of cassette tapes on a TRS-80 Model III, and ran an Atari BBS off a 300 bps acoustic coupled modem. Back in those days we wondered, "Why do we need speeds over 1200 bps? You can't even read that fast?" Mt war dialer ran all night, sequentially searching telephone numbers un…
Post a Comment
Read more

What I learned in school today.

At the time that my flight plans were made, they seemed like a good idea. I had to go to Nova Southeastern University today to wrap up my last doctoral coursework. Other than dropping off my updated IRB paperwork and touching base with another faculty member there really wasn't much else for me to do there. So I left Buffalo at 6:30 am, arrived in Fort Lauderdale at 11:45 am (head winds were kind of strong today and slowed down the flight). I ran like OJ to get my rental car, I had a nice lunch with several of the faculty, chatted briefly with fellow doctoral students, dropped off my research proposal, and went to class. Class got out at 4:30 pm, so I headed to the airport and got on a 7:10 pm flight back north. I got in at 12:01 am, precisely, which makes my flight an 'overnight flight.' That amused me.

The weather in South Florida wasn't that bad. Here in Buffalo the weather has been miserable soggy wet rain. I got a 'weather alert' email stating that the temp…
Post a Comment
Read more

Universal Pre-Kindergarten: Who will pay the price? 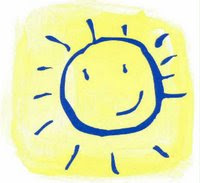 I talked a little about Head Start a couple weeks back, discussing the merits and weaknesses of the program.

California released an interesting study about the merits of UPK, (Universal Pre-Kindergarten). For details, click here.

What is the likelihood that this will happen?? Don't look to New York as a model. According to authors Herzenberg, Price, and Bradley (2005, September 15) from the Economic Policy Institute, NY early childhood educators with a four-year college degree fell from 42% in 1980 to 23% in 2000 and similar levels in the 2000-04 period.

This paper originally included a detailed case study of a child and described use of the Children's Assessment of Participation and Enjoyment and the Preferences for Activities of Children. Because of child confidentiality I cut out the case study for purposes of blog publication. If there is any interest in hearing the 'rest of the story' I will have to get parental permission - and then I will re-post the whole paper. Let me know -

According to a recent study, 6.5% of all children in the United States experience some degree of disability or long-term reduction in ability to participate in social role activities (Newacheck & Halfon, 1998). Simeonsson et.al (2003) describes the functionality of the International Classification of Functioning, Disability, and Health (WHO, 2001) model in describing the varied nature of childhood disability. However, they also identify potential problems of the ICF with assessing concepts of function within a developmental cont…
7 comments
Read more
More posts