Showing posts from April, 2006
Show all

The Wilbarger Approach: How patient should we be? 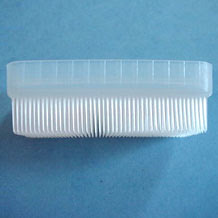 I received an email today regarding a parent who was interested in finding training on how to implement a 'brushing' program on their five year old child. The child's therapist allegedly encouraged the parents to research it themselves - which seemed a little odd to me. This got me thinking: perhaps there is a population of therapists who just can't find resources on the Wilbarger Approach.

I can understand the frustration. There has been very little published in the literature about this approach - perhaps the two most-cited references of the authors themselves are Wilbarger and Wilbarger (1991) and Wilbarger and Wilbarger (2002). These are not research studies; they are just descriptions and theoretical ideas about the concept of sensory defensiveness. There are studies that have been published by others but they have been single subject designs or they have been published in newsletters. The Sensory Defensiveness website (allegedly sponsored by Patricia Wilbarger) ha…
23 comments
Read more

Contributing to the cause 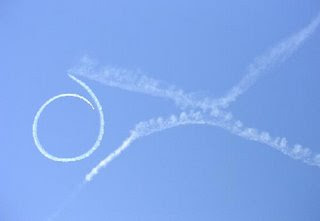 In the past I have done public service announcements on radio, radio interviews, spent money on advertising, endured a promotional cable-access 4 part series, (think Wayne's World meets OT), and of course there are the standard guest lectures in front of highschoolers that could care less, giveaways at college job fairs, and the perennial poster presentation in the employee workroom/cafeteria/front hallway.

This year I decided to do something of more substance. This website remains an ongoing project to support the cause, as is this other website. (Shameless method for generating more web traffic).

This entry is relatively esoteric, but I spent time researching Horner Syndrome so if the information can help even one more person I suppose that posting it here is worthwhile. This is truly the benefit of the Internet: things that waste space on my hard drive may be a treasure trove of information to someone in the world. Here's hoping.

Horner syndrome, also identified as Horner-Bernard syndrome or oculosympathetic paresis, is a constellation of symptoms including miosis, ptosis, apparent enophthalmos, anhidrosis, and reddening of the conjunctiva (Adams &Victor, 1985, p. 208). This condition was described through observations of animals by the French physiologist Claude Bernard. Additionally, some of his co-workers were American surgeons who described this condition in a Civil War soldier who had a cervical sympathetic nerve injury (Kisch, 1951). However, Johann Friedrich Horner, a Swiss ophthalmologist, is generally credited with the first full description of …
12 comments
Read more

More on the occupation of collecting 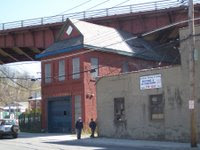 At some risk, I occasionally offer self-reflective entries that explore narrative meaning to childhood occupations. Background for this current self-indulgent essay can be found by reading about the occupation of collecting. In this previous essay I wanted to explore rule making and gamesmanship – now I seek to expand discussion of this occupation into a theme of how environment and context shape the occupational experience. Unstructured neighborhood play is not common today, and it is a significant loss for children. Imagine if I never experienced this:

During a recent trip home I visited my parents and noticed all of the things that were changing. I know that they have been changing steadily, but for some reason I recently noticed this more acutely.

The waterfront looked especially good, and as I scanned the rows of new buildings I saw one older but beautifully restored building with a landscaped waterfall alongside it. And I remembered the time that Brian and I found a dead body …
1 comment
Read more 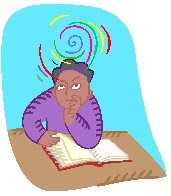 There is a fundamental problem that we have in diagnostic evaluation: professions have created 'disorders' before there is an understanding of the mechanisms underlying the disorders. This opens up the possibility for criticism because we begin calling 'disorders' by names and then have no basis for backing up our opinions. I still feel relatively comfortable stating that I don't know what ADHD or sensory integration dysfunctions are. This confuses people who are looking for answers but I believe it to be the most honest response that is possible for this question.

I believe that there are multifactorial reasons why children behave the way they do. Some of those reasons are neurologically based and some are behaviorally based. I want…
9 comments
Read more

a spoon of peas

I received a phone call today from a mother who wanted to ask me a question. “Why is Patrick talking about eating cake or vegetables every time we work on his homework?”

Having been exposed, I had to tell the parent this story:

During a recent therapy session I sat next to 6 year old Patrick while he completed a puzzle. I was watching his strategy for putting the pieces together. As he skillfully interlocked the pieces he announced, “Mr. Chris, this is a piece of cake.”

Seeing that I needed to add some complexity to the activity I replied, “What are you talking about? That’s not a piece of cake. It’s a puzzle.”

Children who have Asperger’s Syndrome sometimes interpret language literally, and as Patrick had a severe difficulty with this I thought I would challenge him a little.

Patrick paused, trying to understand my response. “No, Mr. Chris. It is …
1 comment
Read more

On behavior intervention plans and the carceral archipelago 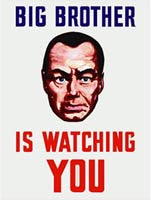 It is critical for occupational therapists to understand the nature of power relationships and control mechanisms when they are working with children or adults who have disabilities. I understand that I can take steps beyond what I will express here – and begin a discourse on the very nature of identifying the concept of disability – but I want to ignore those larger issues and instead focus on the relationships between those who are already identified as ‘disabled’ and those identified as ‘normal.’ So for the purposes of this discussion, we will overlook the discussion that ‘medicalization’ creates power differentials and supports social control in itself.

I am not an ivory tower academic. I am just a street-level occupational therapist who is trying to do a good job and to appropriately serve the people who ask me for help. I mention this because if anyone reads this I want them to know that my interest is grounded in the tasks I am asked to do everyday. This is very real to me – it…
Post a Comment
Read more

Occupational Therapy: The Profession that Focuses on Life Skills

For millions of people, the service of occupational therapy is a lifeline. People of all ages receive it to help them participate in the activities of their daily life. Sometimes people need occupational therapy to do things we take for granted, like getting dressed, being productive at school or work, eating unassisted, even socializing.

Occupational therapy doesn't just treat medical conditions, it helps people stay engaged in the activities that give them pleasure or a sense of purpose, despite challenges.