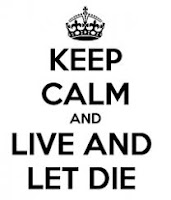 Early intervention providers in New York State should be aware that when Governor Cuomo does not get what he wants he just tries to cram it down everyone's throat via legislation - repeatedly.

Blogging about the annual attacks on the early intervention program got boring around 3 years ago.  At that point in time the State Fiscal Agent (SFA) that is costing the taxpayers of NY millions of dollars in contract fees was only collecting 15% of monies billed for services.  In 2016 nearly 85% of claims submitted by the SFA to private insurers were denied.

Now in 2017, 82% of claims submitted by the SFA to private insurers are being denied.  That is just pathetic.  They have no idea what they are doing.  It is boring to repeat the same thing every year, but if anyone ran their practice with the inefficiency of the SFA they would not have a practice.

What is more pathetic is that we have been identifying how pathetic the SFA is for years - but no one listens to the provider community.

Last year Cuomo made some recommendations that were not all implemented, so we are back at it this year and they are being included again in the executive budget.  Rather than admit that his SFA is a total and complete waste he just proposes layering upon more bureaucratic requirements that will slow down payments to providers even more, hastening the flight of the remaining agencies that remain in this very broken system.

This year Governor Cuomo wants providers to engage in at least one level of claims appeal through the SFA before the payments get sent to the next payor (usually Medicaid or the Counties).  The purpose of doing this is so they can gather data on why denials are happening.  Accompanying this is a requirement for health insurers to accept the IFSP as a statement of medical necessity.  But pay attention closely because this is what will likely happen:

The insurance lobby will be able to smack down any requirements placed upon it.  That will leave them to continue to act as they currently do.  However, providers will still have to go through the appeals and utilization review process, slowing down payments to a snail's pace.  That will cause severe financial strain on agency providers because their payments will lag even more than they already do.

What is in it for providers who will have this increased burden?  A 2% rate increase is proposed. For perspective, that will be around an extra dollar per service provided.  What no one talks about any longer is that the rates were decreased 10% many years ago and have never recovered.  Early intervention providers, being the most dedicated of professionals that I have ever witnessed, may be the only people on the planet who have taken a pay reduction of that magnitude and worked so many years with these kinds of cuts and no movement back in a positive direction.

Engaging in a claims appeal process would not be a burden under normal circumstances, but with the hapless SFA in the middle of it that refuses to bill correctly it will be a problem.  In my practice, the majority of EI denials are due to the SFA requirements/practices or problems caused by an inefficient service coordination process.  The EI program could get that information by listening to focus groups for a change, but I guess Cuomo wants to legislate new requirements, bloat up the SFA some more, and slow down reimbursements so that they can shrink the system.

Society does not value (want to pay for) these services.  However, it is politically toxic for the elected representatives to say that no one has a value for services for disabled children and their families, so instead they just destroy the program bureaucratically.  If society valued this program then people would be outraged - but not enough people are - so this is what we get.

My recommendation is to just let the Governor get what he wants.  Let the whole thing crash and burn to the ground.  It really can't get much more dysfunctional and useless than it already is.

Many people will be hurt  by all this - so providers should recognize those populations and design alternate methods to provide services.  As I have been suggesting for years, this needs to happen in a free market of service provision where people seek out the services that they think they need for their children.  The State and its citizens have very little interest in providing these services - so providers need to work outside of the State system.  Time to just face reality.

Those who will be hurt the most are people who lack resources (defined broadly).  People of lower socioeconomic means, people with less education, people in inner cities and rural areas, people who lack transportation, etc.  will all be hurt the most.  Private providers need to reach out to these populations in particular and create new solutions.  It is hard, because many of those people have ACA policies that also reimburse horribly - but they really are not being served well in a municipal system either.

Systems come and go.  Let this one die.  Give Governor Cuomo what he wants and make it happen sooner.  People who provide early intervention services and who care about children who have disabilities and their families have to stop begging at the empty government trough.

When providers come to that realization and conclusion they will be in a better position to create new and better solutions.
health insurance OT practice