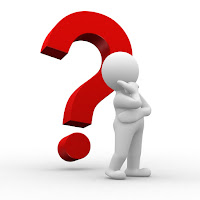 
This is Part Three of a multi-part report about the Academic Leadership Council meeting that was held in Dallas Texas on Thursday October 26, 2017.

During the opportunity for conference participants to address ACOTE/AOTA a question was asked about the evidence used to inform the ACOTE Visioning Taskforce.  This is an ad hoc group that was reportedly created by ACOTE to further assess the current healthcare and educational environment. The goals of the Visioning Taskforce were to:

Reportedly, the work product from this group informed the ACOTE decision to announce the changes to degree levels.  Participants at the conference asked for the report or at least some report-out of the evidence to support the mandate and were told that it was not available.  Then the audience was told that part of the Taskforce activities involved interviewing CMS and other stakeholder groups.  The participants were told that there was no new study and there were no new surveys.  No additional detail was provided.

Both before and after this meeting stakeholders have been asking ACOTE for information about this report.  I have received reports of two responses received when stakeholders ask for the information:

Response One is a generic reply without signature: "We have received your email and appreciate your comments. Your thoughts will be provided to ACOTE for review."

Response Two has been sent by AOTA staff: "I appreciate your interest in the Visioning Taskforce report. The decision to release the report must be made by ACOTE. I will inform the council of your request. This information was also provided at the recent ALC meeting."

Comments were made by participants at the meeting that it seemed reasonable to expect that AOTA/ACOTE would base their recommendations on some level of evidence.  There was no response to that statement other than repeatedly commenting that the idea about the new mandates was not to meet current practice needs but rather to meet the needs of practice in the year 2050.  That was not a satisfying response for many people.

An additional problem with these responses is that there does not seem to be any direct methodology for communicating with ACOTE - all correspondence seems to be screened by AOTA staff.  This is a significant concern and does not support the AOTA claim that the two groups have functional independence from each other.

I have spoken with some OTs who have contact (withholding contexts for confidentiality) with members of ACOTE.  They have expressed to me that they are learning about ACOTE mandates through the AOTA website or through social media and that the ACOTE members are not discussing this issue.  Given my own open style of communication this is difficult for me to understand, and I have asked why they just don't directly ask - but apparently people are not willing to do that in some circumstances.  This speaks to a really deep communication problem that is present in the occupational therapy profession.  At least some of the ACOTE members have created a context where OT stakeholders are unwilling to approach them and ask them questions about this topic.

Another interesting part of the meeting was a presentation by Neil Harvison on the relationship between AOTA and ACOTE.  He stated that there were questions on social media sites about the functional separation of AOTA and ACOTE and the purpose of his presentation was to explain the separation.  In some closed occupational therapy educator groups on Facebook some members expressed that ACOTE and AOTA were clearly embroiled in a conflict of interest.  Others stated that it was very difficult to view them as separate.

The social media conversation itself triggered one participant in the group to the point that they attacked the original post that brought up the idea of conflict of interest.  That indicates that some people are clearly invested in not having this topic discussed publicly.

During the ALC Dr. Harvison explained that ACOTE was an Associated Advisory Council of the AOTA Board of Directors, but that they have their own bylaws and that AOTA has no control or influence over ACOTE.

An explanation was also provided that several other accreditation functions are 'housed' within their respective membership organizations.  A passing reference was given to the fact that the Executive Director of the membership organization could not interfere in the staffing of the accreditation arm.  Reportedly, a prior AOTA Executive Director terminated someone with an accreditation function and that triggered some kind of conflict of interest disagreement that resulted in a 'memorandum of understanding' that outlines the relationship between the two functions.  According to Dr. Harvison, this 'memorandum of understanding' agreement is now used as a model for other groups that have a similar structure.  This anecdote was offered as evidence of the legitimacy of the current 'separation' that is apparently 'codified' in this 'memorandum.'  I conducted a search for this information and for this memorandum but I could not find anything.  It would be interesting to learn more about it.  If I have somehow misunderstood this information it would be helpful to be corrected - the information was not on the slides and was only provided verbally.

The ironic nature of this presentation was that the majority of questions about the new standards were fielded by Dr. Harvison and not by ACOTE members.  Tia Hughes, representing ACOTE, fielded some questions later in the day.

To an external observer it must seem curious that there are statements of separation and non-interference in ACOTE affairs, yet AOTA staffs the accreditation department, answers questions for the Education Standards Review Committee (I honestly still can't tell if this is an AOTA or ACOTE group), and answers for direct ACOTE questions.  Interestingly, the people in the room - educators who are program directors and AOTA members - are told that they have a powerful voice and that their input is directly provided to ACOTE.  However, when people ask ACOTE for information they are answered by Dr. Harvison's AOTA staff - and they are told that ACOTE will receive the information yet Dr. Harvison directly reports to the AOTA Executive Director.  Additionally, when all of this information is presented at a meeting, people who are not AOTA members are charged a premium extra fee for the benefit of learning about these new mandates and standards - as if it is all an AOTA function.  If it were an ACOTE function, why would non-members of AOTA have to pay more?  These relationships are complex, overlapping, and absolutely unclear.

I understand that some people believe that this AOTA/ACOTE separation is very distinct and clear. I am unsure how someone can come to that conclusion if they are engaging in any level of intellectual honesty.

In my opinion, the argument that there is some clear distinction between AOTA and ACOTE is clearly a reasonable question to debate.  This problem sits near the heart of the conflict over this new mandate.