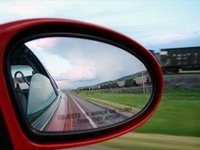 Several different sources in the post-modern period had a strong influence on the inclusion of personal contextual factors in practice models. New practice models that specifically emphasize these factors are still being developed and refined.

In unrelated work outside of the occupational therapy profession, Polkinghorne (1988), Frank (1979), and Bruner (1990) were advancing their own ideas about the use of narration to elicit life histories. These differing perspectives were brought together by Clark and ultimately had a significant influence on other researchers (Mattingly, 1998) that have made important contributions to occupational science. The contributions of occupational science are notable for the way that they underscored personal contextual concepts that we already knew, had partially forgotten, but still need to critically apply.

Since Clark’s Slagle lecture there has been a plethora of articles and books that specifically focus on the personal contextual aspects that influence occupational performance. The idea of “personal meaningfulness” (Clark, et.al., 1991) is now frequently mentioned in the occupational therapy literature. Gray (1997) proposed a phenomenological methodology for considering occupations; this in effect is identification that occupation can’t be interpreted separately from the person who is experiencing it, which is at the core of personal contextual meaning. Hasselkus (2002) devoted an entire book to the subject of personal meaning and occupation. Her text provides an in depth study of how occupations must be considered within a personal context.

Some recent practice models explicitly identify the relationship between the individual, the occupation being performed, and the environment. The P-E-O model (Law, Cooper, Strong, Stewart, Rigby, & Letts, 1996) explicitly states that the behavior can’t be separated from its contextual influences. Additionally, this model re-introduced the importance of history-taking for establishing personal contextual relevance for goal setting. Similarly, the Lifestyle Performance Model (Velde & Fidler, 2002) takes a congruent approach by completely embracing phenomenology as being the only possible method for understanding the personal contextual relationships between an individual and the occupations that they engage in.

Anyway, it is high time I make the rubber meet the road here. This was my train of thought (just in case you were wondering how this crazy mind works): I got to thinking about personal context because I saw a BP commercial on 'carbon footprints.' I started thinking about my own footprints in general, and the factors that make me... me. Of course I have a definition of myself, but outside of my own personal conceptualization of the world is the world itself. Certainly the world must have an opinion of me - but what is it? What constitutes my own personal contextual factors, as understood and objectified by the external world?

There are several different ways to get at this question, but I assumed that the easiest and most immediate method would be through ego-surfing. Of course this led to a rather uni-dimensional representation of myself that was centered almost totally around my work occupations.

But how exciting was it to find THIS! Yes, in another lifetime I actually enjoyed computer programming old bulletin board systems. Although I never had any formal training, I taught myself BASIC and C+ which made me dangerous enough to be able to produce add-on command modules for the Atari BBS Express Pro bulletin board system. Although my programming days actually pre-dated the public use of the WWW, my old computer programs apparently made their way onto Internet.

This was exciting stuff (to me, at least). It would be so wonderful to be able to rely on technology to catalogue and track all of our personal contextual factors. Pre-teenagers try to do this now, as evidenced by the plethora of (sometimes dangerous) personal information being left on places like MySpace.com.

In the future, what will the role of the Internet be in helping us catalogue and track these factors? Will OTs be able to use this data in assessment and intervention? What kind of permission will we need before we access the information? How interesting is it that what the pre-teen population is now putting on MySpace.com may someday lead to improved intervention planning?

I don't have the answers to this. But I sure was thrilled to re-discover my previous occupations of computer programming.

Gray, J.M. (1997). Application of the phenomenological method to the concept of occupation. Journal of Occupational Science, 4, 5-17.

Anonymous said…
Intresting Chris. Not sure if its what you do in the States but here in the UK its now part of the state registration that students need to maintain Continuing Professional Development (CPD) portfolios once they graduate. Within this, reflection statements are used throughout. That's great, I agree, but it ends in a big messy folder of handwritten notes - and often hard to keep up with. Essentially its a private hand-written blog. It was mentioned to me at the start of training that a blog could be the way forward to do it - and some of the students started out their reflection writing in this way.

Intresting too the thoughts about using the net's history for possible clients. Could be a powerful intervention method to interact with the client I agree.

Anonymous said…
Just noticed this on your blog:

"But how exciting was it to find THIS! Yes, in another lifetime I actually enjoyed computer programming old bulletin board systems."

It has a link to my site at
http://atari.mixinc.net
and I was just wondering... are you one of the oldskool Atari Pro!-BBS programmers?

Christopher J. Alterio said…
Just noticed the query if I was one of the old school Pro! programmers - and indeed I was an amateur who dabbled with that kind of programming! I wrote several Pro cmd modules using Action! - looks like only one of them survived and is listed on that site. I can't tell you how much fun it was to see those efforts still out there on the planet.
8:33 AM