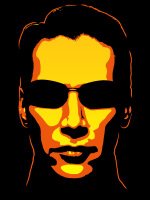 What makes our environments real, or not real? And when we are working with people who have autism, in what way should we be defining the reality of their experience?

This matters because I was roasting Snoezelen a while back, and perhaps that is not fair. We need to have the debate first on what is real, and what is not real.

Sorry if this rambles, but here is my stream of consciousness: after watching a simulated combat/virtual reality training system on the news the other day I did some research on use of virtual reality environments for real-context performance enhancement. That led me to a story that reported that doctors who played many video games were better/more proficient at laparoscopic surgery than those who did not play video games.

This makes logical sense to me.

Then I got to thinking that there is some mechanism at work that makes skill sets improve or change in order to meet demands. This is related to the entire idea of evolution, that holds out that the species grows and changes for survival based on enviro-contextual demands. So, we came out of trees and walked as bipeds and developed opposable thumbs because of paleoclimactic changes and transitions from forest to grassy savannah.

This doesn't help us understand intra-generational improvements in human function related to demands, like the surgeons. I believe that if there ever was a significant point of static adaptability that set us up for planet-dominance, it was related to the development of dynamic adaptability of our nervous system.

Amoeba and planarians tend to have restricted behavioral sets. So do cats, for that matter: they can only open the door one way (unless specifically trained otherwise). There is probably an equation that could be applied across species to arrive at a dynamic-adaptability factor. Humans would be 1.0 on the scale.

Human dynamic adaptability means that our nervous systems are finely tuned to meet short-term, intra-generational change. In time, the cumulative demands on the system may lead to or support larger static adaptablity. Dynamic adaptability is why surgeons can play video games and improve their skills.

If you want to create some function-based descriptor of autism (in its various forms) you can use this computer engineering model to provide the best descriptor. A system has dynamic adaptability if it can adapt itself to dynamically changing environments. Dynamic adaptabilty requires autonomous systems functioning. An autonomous system is not the same as an automated system. Autonomous systems make sophisticated system-level decisions. Autonomous systems deal with unexpected situations in complex and adaptive (non-automated) ways. Automated systems are the opposite: they make low-level, mechanical decisions and are designed for special case and prescribed circumstances.

So I suggest that as OTs we look at some software engineering models to help us develop a better understanding and descriptor of adaptibility. This will take us a long way in understanding disorders like autism.
autism philosophy