More on 'why he writes' 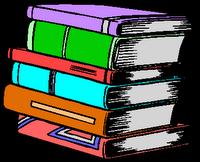 One of the most common questions I get in email regarding this blog is “Chris, …why?” So in consideration of offering more/follow-up reasons on ‘why he writes’ I offer you this to consider:

We are in the middle of the beginnings of a New Renaissance, although you might not have noticed. Computers and the Internet have changed our lives - nothing will ever be the same again. This has broad social and cultural application - probably more fodder for another day - but I wanted to stick to the issues related to the New Revolution and writing.

All of this happened before: that is the interesting pattern of history. The Northern Renaissance followed the Italian tradition of literature that was printed in the common language of local people. This simple change in literature away from the Latin language had a profound effect on the development of regional cultures and the identities of the people who lived in the respective geographic regions.

Most notable of Northern Renaissance writing would be Cervantes’ Don Quixote. Don Quixote’s life is an allegory of the capacity for human goodness despite obstacles. It also served as a model for future fictional writing. Chaucer’s Canterbury Tales is an example of a book written in the vernacular that helped to spread the English language and ideas to common people. Cervantes’ and Chaucer’s writing addressed important issues that were meaningful to the people who read them, in the tradition described much later by Pirsig (1984) as "culture-bearing." Pirsig draws this concept from the Swedish kulturbärer, which implies that at certain times there are books (or writings) that strongly reflect the period’s values and mores. As Pirsig describes this process, the book is first written, and then the culture recognizes the work as an accurate portrayal of current values. In this sense, writing becomes an occupation that has broad social significance that is carried far beyond the individual author and reader.

So, writing is an important concept when considered as part of broad cultural development. Following the religious and social upheaval of the Protestant Reformation, the occupation of writing had a profound effect on the populace as individuals struggled with concepts of identity and meaning in their world. During the Victorian period a predominant form of writing in literature was the bildungsroman novel (Buckley, 1974, p. 13). This literary form is typically about the development of a young person and it is autobiographical in nature. The bildungsroman novel describes the protagonist’s unique journey into adulthood. The basic formula of this type of novel is that it is easily understood by people within that culture and time. The kinds of opportunities presented to the protagonist were the same as the actual experiences of common people. Classic examples of this literary genre include Dicken’s Great Expectations and Bronte’s Jane Eyre. Again, there is a theme of ‘life imitating art’ whereby common people were influenced by writing, and this in turn propelled literacy and writing within the general population. Individuals began a new kind of discourse that included interactivity with others through rhetoric. This discourse played an important role in shaping the course of human thought and world history.

As OTs, we all share some interesting stories. Some of my stories are your stories too - this is the nature of shared occupations. We all can identify with each other around common themes.

This weblog is my personal bildungsroman novel. Your comments contribute to interactivity, and we all get to shape the future in this rhetorical forum.

And you just thought you were web-surfing!

Anonymous said…
Hi Chris - loved this entry. Have been thinking of writing something similar on my blog. Since I started mine, only a couple of months ago, I've enjoyed the interaction and common purpose that you've talked about.

I haven't found that many other OT blogs out there. It's a great medium for sharing and communicating ideas. Am pleased that we're some of the first OT's to be doing it - let's continue with the Revolution!

James (who just so happens to manage an OT team covering the Canterbury district).
12:07 PM