Snoezelen: The continuing slide of occupational therapy mental health practice into the abyss 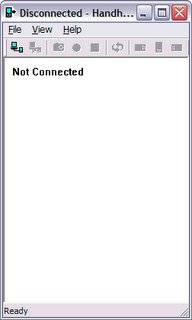 Let me first say that I have no doubt in my mind whatsoever that Snoezelen-type environments are soothing, relaxing, and stress-reducing. I don't need to read any scientific articles to tell me this - although I did do an OVID search tonight and was not surprised to see many studies (of varying degrees of quality) say that Snoezelen was effective toward these ends. But I don't even doubt the poorly designed studies - I accept their reports of support for the calming effects of Snoezelen environments.

Snoezelen and other sensory based interventions for adults who have psychiatric disorders were discussed in this week's OT Practice (Costa, Morra, Solomon, Sabino, & Call, 2006). The article describes Snoezelen as 'failure-free' and 'passive' but apparently some of the interventions involved actively teaching the clients relaxation exercises and deep breathing techniques. The authors report that the clients had some increased relaxation, even to the point of sleep. Most of the clients indicated that they had a hard time following through on the sensory diet aspect of the program.

Several literature reviews on Snoezelen have been published that are worth considering (Chung, Lai, Chung, &amp;amp;amp;amp; French, 2004; Hogg, Cavet, Lambe, & Smeddle, 2001). The Cochrane Review simply indicated that there were too few studies to make broad conclusions. The other indicated that although there may be some support for client improvement within a session, there was little indication that the skills were generalized.

The lack of generalization and lack of contextual application to the real world is what has me most concerned about Snoezelen and any other passive sensory intervention strategy. Dunn, Brown, & McGuigan (2004) developed the Ecology of Human Performance framework to address this problem. This framework was designed with the purpose of accounting for the influence of the environment on human performance. Under the assumption that “occupational therapy is most effective when it is imbedded in real life,” temporal and environmental contextual factors are identified that allow practitioners to interpret behavior and choose appropriate and meaningful therapeutic interventions. This framework raises important questions about the subjective nature of contextual relevance and the questionable validity of interventions that involve de-contextualized strategies. The question remains: Is Snoezelen 'real life?'

Breines (1989) identifies that “human action can be understood only in terms of the relationships that it generates with the world." The concept of contributing to self, family, or society is expressed as being central to the core of meaningfulness in occupational therapy. Therefore, consideration of contextual factors is requisite for true understanding of human behavior and occupational therapy is only relevant when contextual factors are incorporated into assessment and intervention. From a pragmatic perspective, Breines states that a person’s ability to ‘connect’ with the world is dependent upon active and meaningful engagement with the environment. Not only is this a functional outcome for the individual, but it is also a functional outcome for all of society. What are we saying about meaningful engagement when we reduce the interaction down to the level of reaching toward a vibrating wall?

These are not the rantings of mad occupational therapy theorists. Some Snoezelen researchers are saying the same things. Cuvo, May, & Post (2001) talk about the positive effects of a normal outdoor environment as compared to a Snoezelen environment. Vlaskamp, de Geeter, Huijsmans, and Smit (2003) state that people with profound multiple disabilities have strong responses towards talking to or touching a staff person. They report that normal living environments are as good a place as a multisensory environment for promoting alertness and interactions.

With this kind of evidence, why do we provide space for these discussions in our publications? Occupational therapy mental health practice has been circling the drain for many years, and I believe that this kind of decontextualized intervention strategy contributes even more to the disconnect. How does Snoezelen make sense in the larger context of supporting occupational participation and promoting function?

If we think that the greatest function we can hope and dream for our mental health patients is for them to interact more freely within a Snoezlen environment, our profession deserves to be passed by. At a minimum, let's link these interventions with Winnie Dunn's Ecology of Human Performance framework. This will help us acknowledge a higher level of complexity that our patients need to function within.

Hogg, J., Cavet, J., Lambe, L. & Smeddle, M. (2001) The use of 'Snoezelen' as multisensory stimulation with people with intellectual disabilities: A review of the research. Research in Developmental Disabilities, 22, 353-372.

Anonymous said…
Appreciate your blog,mental health consumers are the least capable of self advocacy,my doctors made me take zyprexa for 4 years which was ineffective for my symptoms.I now have a victims support page against Eli Lilly for it's Zyprexa product causing my diabetes.--Daniel Haszard www.zyprexa-victims.com
1:54 PM