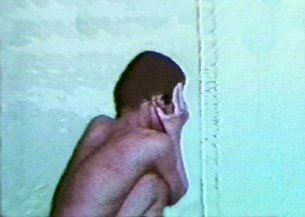 Willowbrook State School was the pride of Governor Rockefeller's Mental Hygiene program. In the early 1960s it was the largest residential facility in the nation for people with mental retardation. Willowbrook Director Dr. Berman wrote in the Staten Island Advance that Willowbrook had "approximately 6000 patients, more than 1800 employees, and 24 patient buildings..." Governor Rockefeller developed the 'New York State Institute for Research in Mental Deficiency' on the Willowbrook grounds.

The 'gem' of Willowbrook quickly lost its luster. In 1965 US Senator Robert Kennedy toured the facility and stated that "Particularly at Willowbrook we have a situation that borders on a snake pit and the children live in filth. Many of our fellow citizens are suffering because of the lack of attention, lack of imagination, and lack of adequate manpower. There's very little future for the children or those in this institution..."

People who had developmental disabilities were warehoused in the Willowbrook State School on Staten Island in NY. Conditions were so poor that residents were often unclothed in large dayrooms devoid of stimulation. Urine and feces were smeared on the walls, there was terrible overcrowding, and very little programming was offered to the residents. Geraldo Rivera's news story heightened public awareness and generated dialogue at the time that a lawsuit was filed.

In 1972 NY State Senator William Conklin wrote a letter to the NY Times. He documented problems in resource allocation, indicating that the Department of Mental Hygiene spent almost 800% more on mental health than on mental retardation.

The Willowbrook Consent Decree is a result of court action begun in 1972. A parent advocate group, with the assistance of public interest law groups, filed a massive civil rights lawsuit against Governor Nelson Rockefeller and Mental Hygiene Commissioner Alan Miller and other state bureaucrats who were responsible for the facility. Governor Carey signed the decree in 1975 and this action began a process to attempt to humanize the living conditions of people who had developmental disabilities.

The decree guaranteed a right to treatment for members of the Willowbrook class and began a national movement to improve the care of people with developmental disabilities. The Department of Mental Hygiene was reorganized, the Office of Mental Retardation and Developmental Disabilities was born, new standards of care were developed, and Willowbrook was ultimately closed in 1987.

There was a lot of fanfare and self-congratulation by the bureaucrats at the time. Today is is difficult to find resources about this story anywhere on the web. Many newly-trained health care professionals have never heard of Willowbrook.

Time marches on. The facility has been closed for almost 20 years, and many of the members of the Willowbrook class are getting older or have died. I believe that NY State should publish a comprehensive online history of the Willowbrook facility. All health professionals should be educated on the case. It is imperative that current and future policy be driven from a recollection of the Willowbrook case. It is too dangerous to let the memory fade.

Willowbrook is barely a footnote on the NY State OMRDD webpage. That is a disgrace and it must be corrected. People must not forget what should be driving policy. It was a shameful period in our history, but we should be equally ashamed to be hiding it.
Disability rights

Christopher J. Alterio said…
2/10/12: I had reason to revisit this today and wanted to add an important footnote. It is easier to find information about Willowbrook on the Internet now and there is some information about this on the OPWDD (former OMRDD) website at http://www.opwdd.ny.gov/willowbrook/index.jsp

This is a good improvement to how challenging it was to find this information seven years ago!
11:14 AM

deb said…
I've been trying to get an idea of the actual budget numbers and projections for savings in the consolidation. Are there any online resources? Specifically, Nelson's rationale for the cuts.
8:52 PM

Christopher J. Alterio said…
I don't know that the kind of detail you are looking for is available on the open web. I suspect that you could FOIL most of this information or you could contact OPWDD directly and see what they have archived.
8:19 AM