Analysis of the ACOTE/AOTA Memorandum of Understanding 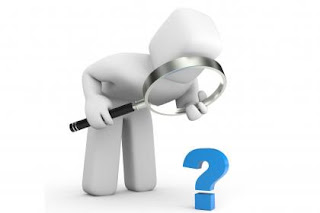 As background for understanding this process it is important to consider the relationship between the national member association and its credentialing arm, which is technically a separate organization.  As I have stated for many years, in my opinion, AOTA and ACOTE are functionally indistinguishable.  ACOTE is an "Associated Advisory Council" of the AOTA Executive Board.  It is notable that intertwined relationships exist between the two groups since the creation of the credentialing group.

Accreditation income generated by ACOTE amounted to over $1.2 million of revenue for AOTA in fiscal year 2018.  That level of income, which has been relatively stable, has consistently called to question the actual separation between the two groups.  Source: September 2017 Report of the Treasurer (Karen Sames).

I am not an attorney but I am now concerned that USDE and CHEA requirements for disentanglement may not be satisfied.  I have always suggested that people can decide for themselves what kind of real separation exists in context of the outlined financial and organizational relationships that are present.  Now we have the actual MOU to analyze the relationship between these two groups.  ACOTE has been unwilling to distribute this memorandum, just recently stating that it is publicly available through the Council for  Higher Education Accreditation.  AOTA is now reporting that they authorized the release of this memorandum a couple weeks ago, to be accompanied with their statement as follows that was sent to program directors on August 7, 2018:

AOTA authorized the release of the MOU with a statement from the AOTA Board several weeks ago however ACOTE did not release the MOU with the Board’s statement. As a part of the national conversation led by the AOTA Board of Directors in early 2018, the MOU was a document examined by the AOTA Board and ACOTE as we worked to clarify the perceived relationship with the professional accrediting body. The AOTA-ACOTE MOU was developed in 2005 to ensure that the necessary financial resources were allocated for the professional accrediting body to complete its charge as outlined in the Bylaws and to ensure that AOTA would not interfere with ACOTE’s role in developing accreditation standards/processes, or in the review of educational programs. This was an internal agreement between two leadership groups within AOTA at a point and time in our history, it is not a legally binding document. Further, we are advised that this type of document is not the best mechanism for demonstrating the separation of functions. Thus, AOTA is working on translating the separation of functions, as required by CHEA and the USDE, into policies and procedures that will be available to members and relevant stakeholders and will be reviewed by AOTA and ACOTE on a regular basis. This is part of AOTA’s effort to provide members with access to policies and procedures and continue to be an even more transparent organization. We look forward to releasing these policies and procedures by the end of the calendar year.


This information needs to be shared more broadly than the program directors list serv, but it is a start.  I believe that this kind of statement is a small step forward because over several years there has been reluctance to discuss the AOTA/ACOTE relationship and any suggestion that their was a lack of clarity was met with allegations of conspiracy thinking. Now it seems that there is an acknowledgement that the relationship needs additional clarification.

The MOU has standard language that delineates the roles of the two parties and also includes language that ACOTE must have autonomy to carry out its functions without 'improper influence.'  There is no operational definition for 'improper influence' available in the document, but there is the standard legal definition: influence that tends to induce action on any basis other than the merits of the matter in question or that deprives the other party of freedom of choice.

It is important that the MOU identifies the need for ACOTE's accreditation activities to avoid and conflict of interest, "whether real or perceived."  This has been a problem for a very long time, and the fact that both AOTA and ACOTE chose to ignore perceptions about conflicts of interest represents a concerning lack of good faith.  If this is an acknowledged covenant in their agreement, they should have attended to this issue with much greater diligence and with a lot less defensiveness.

The MOU outlines responsibilities of the signing parties.  Primary is that ACOTE is to have complete and unfettered autonomy and that AOTA is to be treated as making recommendations 'within the framework of ACOTE's standards review and the formal process designated for stakeholder input.'  Again, given the lack of an operational definition of what constitutes the standards review and what the formal process is for stakeholder input, this is a meaningless covenant.  We have already seen in the 'data dump' that ACOTE is notoriously unreliable in the way that they solicit input.  This is problematic because if by definition the AOTA is an 'A' list stakeholder, they already are provided with preferential status within the stakeholder input processes.  This hardly meets any reasonable interpretation of having complete and unfettered autonomy.

Regarding budget, on one hand the MOU states that ACOTE is to have budgeting authority, but then contradicts this statement with saying that the AOTA Board of Directors reviews and approves the budget in accordance with their fiduciary responsibility.  Again, this is a meaningless covenant.  You can't have budgeting authority if approval of said budget is in the hands of the other party.

The MOU also provides that AOTA will indemnify all ACOTE employees, staff, volunteers, etc from all of their activities.  This does not seem to meet any legal requirement for functional separation that I am able to understand.

In accordance with the agreement, AOTA is responsible for funding the operations of ACOTE at a "reasonably necessary" level.  There is no operational definition of "reasonably necessary" and one is left wondering who makes the decision on what ACOTE project or initiative is "reasonably necessary."  It is not possible for one group to act independently of another if all of their expenses are being paid (or not paid) by the other group.  That line item revenue is reported distinctly may meet some accounting requirement but in common sense terms this relationship that is set up is not consistent with independence or autonomy in any known sense of the words.

Perhaps most egregiously, the MOU states that ACOTE shall have a full time director and that both AOTA and ACOTE are responsible for the hiring and termination of that Director.  The MOU specifically outlines that AOTA does not have to accept the termination recommendation of ACOTE if "termination would be likely to expose AOTA to legal liability or would demonstratively disrupt the operations of AOTA" but that they would not reject the termination recommendation related to differences of opinion related to accreditation decisions, etc.  The MOU states that the ACOTE Director is independent, except that the independence has to be exercised within AOTA's parameters.  None of this represents any functional separation, and again demonstrates the severe level of influence meddling and peddling that AOTA engages in related to accreditation functions.

AOTA is correct in their statement that this type of document is not the best mechanism for demonstrating separation of functions.  In fact, that is a significant understatement.  The public has not been told who has advised AOTA of this determination - they are reportedly under investigation by federal authorities over concerns about lack of separation, but they have not been forthcoming or transparent about this process to date.

Interested stakeholders, which include all AOTA members, occupational therapy practitioners, educators, and the public, should continue to demand increased accountability from these two groups and greater clarity about their relationship.  Based on the contents of this MOU, all of the concerns about lack of separation between the two groups have been validated.
OT Education OT practice