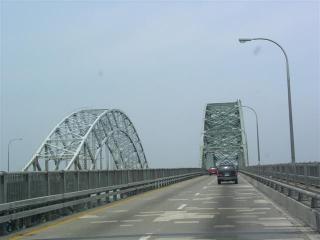 I glanced down at the intake sheet on the seat next to me as I crossed high over the arching bridge and downshifted into the city. I was running a little late but thought that the house would be easy enough to find. I dialed the house and told the family I would be there shortly. The mother's voice was uneven and slurred. "The house is on the corner, and my street is between 18th and 20th," she announced. I was a little concerned, because I was not sure where else she thought I would look to find 19th St.


I entered the house by the side door, as instructed, and walked up a flight of deep and dirty steps to the second floor. I could tell immediately that the environment was not going to be pleasant. Cigarette butts were extinguished haphazardly and left on the windowsill next to some rotting food and too many flies. It was muggy and sticky just like the city gets in the hot August sun. "There would never be enough water to make this clean," I thought out loud as I paused to knock on the door.


The door opened into the kitchen and I immediately began scanning for cockroaches, but didn't notice any. I introduced myself to the three adults who were present: the two parents and a grandmother who had a nasal cannula on and a lit cigarette in her hand.


Someone obviously forgot to inform this woman that oxygen was combustible so I said, "Might not be a good idea to smoke with the oxygen on - could be that you will end up with worse problems than just needing some extra air." The grandmother responded in a surprised voice, "I can't believe no one ever told me that before," and I watched her take one last drag before crushing the lit end between her fingers and then placing the half-burned cigarette back into the pack. As she exhaled I watched the thick gray smoke curl past her lips and I felt myself exhaling also, probably in relief that nothing had blown up.


The mother of the child I was there to see was obviously mentally retarded. She had a speech impairment, one eye crossed in toward her nose at an impossible angle, and she held one arm postured tensely against her body in a contorted position. The father did not appear to be more intact than the mother; after telling me his name, he shared with me that he had epilepsy and couldn't read or write. The child I came to see, Billy, is a product of his environment and his genetics. He is almost three and he just began walking. He says a couple of words. He can only pick up items with his whole hand; he has not mastered individual coordination of his fingers. He doesn't know how to play with toys - even if he had any to play with. His parents are still feeding him pureed baby food because that is what the social services agency has been sending to the house.


As I counted off the eleven identified people that come into that home on a regular basis I was a little shocked and surprised that this was the best that could be done for this family. I don't know if they were better off for all of these people coming into this home. Maybe someone could have hung a calendar on the refrigerator - the mother has no idea when people are coming or even who is coming on a day to day basis. She actually has very little comprehension of time other than that her check arrives on a Tuesday. Someone could have helped them with scheduling or even consolidating and coordinating all the people who were coming into that home. Someone might have worked with them and taught them about cleaning the house or how to choose appropriate toys for the kids or maybe not smoking around oxygen. Some would say that I have high expectations.


As I was talking with the family the mother excused herself and got into a heated discussion on the phone. I tried not to listen, but at the end of the phone call I heard her say, "That apartment is not worth $350! For $350 you think they would be living in a PALACE!"


I asked the mother to sign my papers before I left but I noticed that she couldn't keep her printing on the small lines on my daily visit sheet. She did her best. I thought to myself, "they are all doing their best; I am just not sure anyone else is."


Smells tend to linger and hang in the uncirculated and oppressive warmth of darkened stairways in old apartment buildings. I sprinted down the stairs and into the sunlight and fresh air, only to see a brand new Jeep coming down the street (coming from 18th and going toward 20th) with several young teenage girls leaning out and cat-calling to a young man who was walking down the street. "NICE ASS!" they yelled to the fellow who I imagined should have been working and should not have been walking these steamy and grimy streets.


He stopped walking and flicked his cigarette into the street while staring at the Jeep. He held his hands out to his sides and leaned back into a pose that seemed to gesturally communicate his bravado and machismo. This greatly pleased the young girls who giggled and screeched around the corner. Life in the neighborhood, I guess.


As I drove back into the blandness and safety of the suburbs I considered the 75 cent bridge toll in a new way. I decided that it wasn't urban planning; it was class warfare and social engineering. You can't leave that city without paying, and I expect that someone somewhere realizes this fact. That 75 cents is the difference between those who have and those who don't.


That 75 cents is the difference between your world and Billy's.
OT stories

Anonymous said…
Bravo! Finally someone who is not afraid to talk about "class" in America. Let's just hope Billy wasn't African-American...even more "strikes' against him. Yes, many people do rise above circumstance but, in a country as "rich" as ours rising above should be the rule and not the exception. And, the professionals who are tasked to help those less fortunate and choose to look the other way...shameful.
10:15 PM