Occupational therapy: The mouse that roared about degree escalation and credential inflation 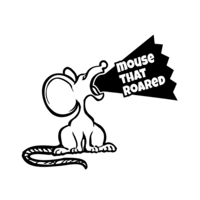 It is easy for occupational therapy practitioners who have been embroiled in the intraprofessional debate about entry level credentials to lose sight of a larger perspective.  Sometimes the closer you are to a concern, the more challenging it is to understand the more broad ramifications of something that happened.

The grass roots effort that pushed against a mandated escalation of the entry level degrees in the occupational therapy profession made a very broad social and cultural statement.  It was a historic example of a professional group that argued against some of its own leadership in an effort that ultimately serves the more broad public interest.  It was an amazing testimonial to the nature of occupational therapy practitioners, their common sense and pragmatism, and their interest in fairness, diversity, and inclusion on many levels.  The effort highlighted the very best of the occupational therapy profession, even if it was a contentious and at times divisive argument.

Student debt from higher education is at a crisis point in the United States.  Here are some stark facts about the very real problems about debt faced by students who are forced into a system with ever-escalating degree and credentials:

The cost of entering a professional degree program is becoming increasingly difficult for many students, limiting access to the profession - a severe problem for occupational therapy in particular that is overwhelmingly white and female.

Moreover, there was never any concrete evidence offered to support the need to advance the degree or credentialing - just vague beliefs about what practitioners would 'need for the future' or some requirement that would be valuable to get 'a seat at the table.'

In a context where other professions continue to escalate their degree requirements, occupational therapy practitioners around the country stood up and loudly said, "NO!"  Perhaps it was the pragmatism that is so commonly found within the members of the profession.  Perhaps it was their own socioeconomic standing - most OT practitioners are middle-income earners and know all too well the impact of college costs and degree escalation on their own families.  Perhaps it was a sense of fairness and concern for the risk that degree escalation placed on diversity and inclusion on the professional ranks.

I think it was all of these things.

But it was also something more.

Occupational therapy practitioners believe in helping people to participate - all people - in all things.  The more elite and exclusive that you make an enterprise, the fewer people will be able to participate.  It really is that simple.

For 100 years of the profession's history occupational therapy practitioners have been engaging in meaningful training programs so that they can be well equipped to accomplish a task that is simple in concept but complex in implementation.  They try to help people so that they can do things that they find meaningful again.  Many argued that a bachelor's degree was enough, but the profession accepted escalation to a master's degree.  Twenty years later some wanted to escalate it to a doctoral degree, and the members of the profession said, "No."

It does mean that a group of pragmatic and caring and inclusive professionals stood up to the industry that continues to try to escalate degrees and credentials and loudly said - 'Enough is enough.'

It is a small attempt to say something about rising costs of education and rising costs of medical care.  Occupational therapy is the mouse that roared, and we will all be better for this effort.
OT Education OT practice policy