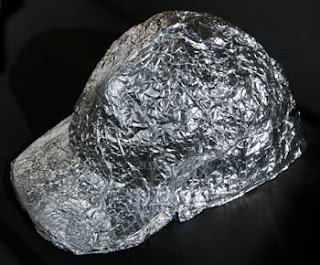 There was an open forum at the AOTA conference in Indianapolis so I took the opportunity to raise a question about the profession's advocacy regarding research on sensory integration. My comments were:


I appreciate the advocacy offered by AOTA regarding the situation in North Dakota where a coordinated letter writing campaign contributed to a BCBS intermediary indefinitely holding a decision that would label sensory integration as 'investigational.' However, it is true that Cigna, Aetna, United Healthcare, and nearly every other BCBS intermediary labels sensory integration as an investigational intervention. Additionally, the National Autism Standards Project and the NY State Clinical Practice Guidelines for Early Intervention also labeled sensory integration as investigational. With so much of the larger world identifying something as investigational, is it possible that AOTA places its members in an awkward position by continuing its advocacy without a more tempered approach that acknowledges the current state of the research? Also, given the fact that other professional organizations are not hesitant to label interventions as investigational (like the speech therapy profession with 'therapeutic listening' interventions), does it hurt the credibility of AOTA to not take a more moderate position in its advocacy?


The response from the AOTA panel was disappointing, but not entirely unexpected. Dr. Florence Clark retorted that these external bodies were all making their decisions based on outdated research. I attempted to express that some of the most recent research has been cited by these insurance companies and they have concerns about sample sizes and statistical power. Then Dr. Clark expressed that there were powerful political forces that were working against any interventions that were not behaviorally based (e.g. ABA). I can accept that some of that may be true to some degree, but that certainly doesn't explain why the opposition is almost universal. It seems a little silly to think that there is a vast conspiracy against sensory integration. Finally, Dr. Clark also expressed that some research that has been labeled 'promising' had no better (and in some cases) less evidence than sensory integration does. She went on to state that according to some criteria it would not be possible for ANY interventions to achieve an acceptable level of 'evidence.'

All of this was very interesting conversation, but at the end of the day you still have therapists in nearly every part of the country who can't submit occupational therapy claims that are coded for sensory integration intervention. They will be denied, and there is no disputing that fact. I was disappointed because I heard a lot of defensiveness and a lot of excuse-making and a lot of blaming the vast conspiracy of people who are against sensory integration. I didn't hear an answer to the question and I didn't hear any level of acknowledgement that we have failed to conduct adequate research that supports the intervention. All I heard was continued blind adherence to an intervention that the broad populace of the planet believes does not have sufficient evidence.

If the profession would be willing to label it as 'investigational' then the external world would not look at occupational therapy practice with such skeptical eyes. Maybe they would say, 'look at those OTs. They are hard at work doing research to help understand the best ways to work with children who have these problems.' Instead they will say, 'there go the OTs again, pushing out another study and over-reaching with their conclusions about the relevance of what it says.'

My bottom line question is this: If we are expected by AOTA to use evidence to guide our practice, and if the entire world tells us that we have not yet generated adequate evidence about an intervention - are clinicians left to draw the conclusion that the professional association expects us to suspend our desire for evidence when it comes to sensory integration as an intervention?

Are we really supposed to blindly adhere to the intervention and put on tinfoil hats and blame the rest of the world for conspiring against us?
sensory integration

Methinks Dr. Clark doth protest too much. AOTA's persistence in supporting a theory that continues to fail in evidence after 5 decades is just sad.

I don't sensory integration therapy will ever be proven based of my knowledge of neuroanatomy & physiology.

Thank you, Chris. You were more than diplomatic in your suggestions.
11:45 PM

Your Therapy Source Inc said…
Excellent points. And now one more organization (American Academy of Pediatrics) has issued a policy statement saying to be wary of sensory integration therapy. I just posted about this topic today which you can read at YourTherapySource blog if interested.

There has been lots of chatter on the internet that this is a slam to OT and sensory integration. Personally, I think it is beneficial. The policy statement says parents should be well informed, set functional goals and that pediatricians can not use sensory processing disorder as a diagnosis. It states that there may be benefits to a sensory integration approach but remember it needs to improve function. The policy statement is certainly worth the read.
8:56 PM