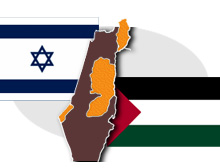 There is a longstanding lack of access to educational programs for students from the Gaza strip. This issue is very controversial as it is steeped in the regional geopolitical quagmire of the Israeli-Palestinian conflict. Some of the reasons for Israeli control of movement between the occupied territories seem legitimate - from their perspective, people under the age of 35 represent the greatest threat with regard to terrorism. Are the ten occupational therapy students currently in the news likely to have explosive belts under their clothing? I don't know - but this is a topic worthy of discussion - it is a real-life manifestation of the concept of 'occupational justice.'

Occupational justice may not be a term that is well known to all occupational therapists, particularly those in the United States. Wilcock first identified the term, stating that it was an extension of social justice and specifically relating to opportunities or lack of opportunities for normal human occupation. A good summary can be found in the Journal of Occupational Science's Occupational terminology interactive dialogue.

I was saddened at the human story involved, but glad to see a real issue at the very core of occupational justice that could be debated. Too often practitioners hear 'ivory tower' conversations about lofty ideas like 'occupational justice' but don't see where the proponents of these ideas have the opportunity to link theory to practice, or to address the 'real' side of the discussion.

I am not convinced that this debate can take place without addressing the fundamental issues underlying the Israeli-Palestinian conflict - but then I suppose this makes a good test for the concept.

The US Constitution is certainly not applicable worldwide, but it is my frame of reference. Terry vs. Ohio in 1968 indicated that 4th amendment rights were not violated when a person was stopped if a law enforcement official had reasonable suspicion that a crime might occur. Profiling only on race would certainly be debatable, but profiling based on a confluence of factors including identification, travel patterns, observed behavior, and other factors does not seem unreasonable to me. This way we wouldn’t miss people like Abdel Rahim (aka Richard Reid), Abdullah al-Muhajir (aka Jose Padilla), and Suleyman al-Faris (aka John Walker Lindh). So even if all the people are not of Middle Eastern descent, all of their associations were – and profiling could have possibly been helpful.

So I think our (US) society has a long record of tolerating profiling in various forms and to varying degrees at different times. In this sense, I understand the Israeli position.

Alternately, there are Palestinan realities that are impossible to ignore. The economy of the Palestinian territories is in shambles. Rising unemployment, multigenerational poverty, and continued restriction on access and travel and commerce in general continues to decimate the social and cultural base of the populace. An interesting United Nations report can be viewed here. It is evident that security, humanitarian, and political issues are inextricably woven together in a way that contributes to the destabilizing forces within the society. Additionally, this negative confluence of factors may be exactly what Israel and the United States wants. I can understand this too, and don't think that Hamas strategies should ever be supported, much less apologized for - despite the tremendous economic oppression that exists. However, on some level, as a moral society we need to address the humanitarian problems that exist.

I don't have answers to this issue. It seems that Palestinians could use some occupational therapists. A lack of productive occupation may certainly be contributing to some of the problems there. I would hope that anyone could support a humanitarian solution to the problem - particularly in the form of more trained health professionals. I believe that they should have access to the West Bank. Some kind of secure humanitarian solution must be possible.

Bethlehem University is listed as a WFOT recognized program. Interesting to note: occupational justice is not mentioned in any of their course descriptions. This is a challenge to the rest of the world occupational therapy community. Do we sit idly by and watch this? Or do we have something to say about it?

Office of the United Nations Special Coordinator (2002, October). The impact of closure and other mobility restrictions on Palestinian productive activities. Retrieved March 13, 2006 from http://www.un.org/News/dh/mideast/econ-report-final.pdf