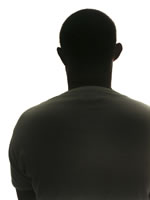 The doctors in the pediatric rheumatology department asked me to come spend some time in the clinic on Wednesday mornings; they liked the idea of having an occupational therapist there to see patients with them and to provide some direct assessment and intervention. I did a lot of measurement to monitor the mobility of little hips and knees and elbows and wrists and fingers. The one thing that I noticed about most of the children is that they were used to pain and they often didn’t say when something was hurting them. They were so accustomed to the sensation of pain that you often wouldn’t know they were hurting until you would see a glistening in the eye, or even worse, a stray tear escaping and rolling down a little cheek. When I would ask a child why they didn’t tell me that they were hurting, I would often hear “But it always hurts.” This is why working with children who have arthritis is often like taking a crash course in sensitivity training.

Although the children all had individual needs, there were certain services that the families came to expect from the clinic. The doctors would monitor medication and make broad suggestions and plans for intervention. I would often make the children splints to help guide their joints back into the proper position, or provide their parents with education on what kinds of activities were best to encourage or discourage in consideration of the child’s pain and need for movement. Most of the families would come in again and again so it was easy to see that patterns of interactions emerged. They understood my role, the role of the rheumatologist, and their own roles as well. Like most medical experiences, there is a degree of predictability and routine that everyone follows and expects.

Benny was different from many of the other patients in the clinic. He was an eighteen year old black teenager who was a senior at a high school in the tough neighborhoods on the west side of the city. He always came to the clinic alone; his mother would call and inform us that he would be coming but she never attended with him. He had JRA like all of the other children who were seen in the clinic but he also was diagnosed with paranoid schizophrenia. He was heavily medicated with psychotropics that suppressed the voices in his head as well as the spontaneity and joy of his adolescence.

Benny’s mild arthritis was restricted to one leg so the doctors were a little surprised when I asked them for a referral. “He needs a lot of work on his hip,” I told them. They trusted my judgment so they accepted my explanation and provided the referral that authorized evaluation and treatment.

We met for our initial interview and Benny wouldn’t look at me. When I asked him to remove his hat I noticed that his hair was a little too long and that it was lined with furrows that were caused by the seams of his baseball cap. He wore dark blue polyester pants that were a little too short, a red pocket tee, and a plaid flannel shirt that hung unbuttoned around his sides. “What are your goals, Benny?” I asked him. “I mean, what would you want to do if you knew that you couldn’t fail?”

Benny’s voice was flat and dull, but the interest in his expression was unmistakable. During an interview, sometimes you get lucky, and you ask a question in just the right way. He managed to glimpse at me fleetingly and he replied, “I would be like the other kids in my school.”

Benny was about as far away from being like the other kids in school as a person could be. What was worse, the other kids knew it, so he stood out like, well, a kid with JRA and paranoid schizophrenia. Benny was unkempt, gangly, and awkward. He had virtually no functional communication or interpersonal skills, and above all, he was not hip.

I am not sure what I had to offer Benny. I was just an un-hip white man. I was just about as far from the world he aspired to as he was. I still had a sense of what hip was, and what it was not, so I thought that there was at least some room to try.

I knew immediately that what Benny needed was more than what could be offered within the context of a once or twice weekly clinic appointment. He needed to learn how to communicate with others, how to present himself socially, and he needed a basis from which he could interact with his peers. Benny needed an intensity of intervention that was beyond typical, so I offered him a volunteer position in my office where I could supervise him directly.

No matter how hard we tried it seemed like Benny would never be able to maintain eye contact in a conversation. At the time the internet was not in common use by the public but I tried to eliminate the interpersonal stress by setting him up on my Compuserve account. In this format he could email as a pen-pal with people that I knew. The anonymity of the computer freed him to discuss issues without the fears of face to face communication. On the computer no one knew that he had JRA, or that he heard voices. On the computer, he was just Benny.

There were still days when the voices would be particularly strong, and it was easy to see that Benny struggled. He would lose his focus, be even slower to respond, and his grooming was worse. I took up a collection in the department to buy Benny a Walkman. Listening to rap at moderate volumes drowned out the voices, and although it was just a short term crutch, that Walkman got him through some tough days until he could get a doctor appointment to check out his medication and make adjustments as needed.

Benny got daily feedback on his dress and appearance so over time we noticed that he wasn’t wearing so many layers of clothing. Soon he was just wearing slacks and collared shirts, but the shirts were always buttoned all the way to his neck. Then he learned to wear his shirts with the top button unbuttoned. It was such a small accomplishment, but it represented a giant step for Benny. Then one day he told us that he wanted to wear clothes like the other kids in school, so we went to the mall and generated a shopping list for his mother. I am not sure that I ever saw Benny as proud as the day that he came in wearing a Fubu sweatshirt.

One day I got a phone call from Benny telling me that he and his mom were moving to Florida. He was rather matter-of-fact, and there was not much emotion in his voice. Just like that, he was gone. I never heard from him again.

I sometimes think about Benny and wonder where he is and how he is doing. More than anything else, I think I will always remember the last visit that he had in the rheumatology clinic when everyone agreed that Benny’s hip had improved considerably.
OT stories