more than a little rain 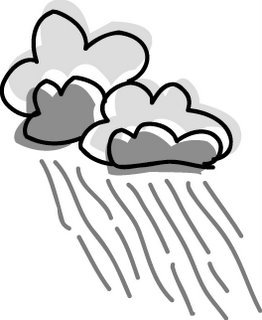 Samantha played quietly in the corner as I entered the room. Her mother sat nearby, observing from a distance. Prior to the evaluation I was told by other staff that the parent was unhappy with having to comply with the evaluations. Reportedly she felt the same way when her older child was identified as needing special education services. Samantha was going to be different, by her reckoning, and no evaluation team was going to tell this mother otherwise. Samantha continued occupying herself, carrying her parent’s burden of hope as I began to introduce myself.

“I really don’t know why we are here, and neither does anyone else,” the mother stated coldly in response to my greeting. She was thin and her face had a severe look, punctuated by her frowning eyebrows. “Samantha isn’t having any problems. Sometimes she can be stubborn and won’t do things that she is told to do, but I have no other concerns.”

“Do you like to be called Samantha?” I asked the child.

“She won’t respond to anything else, but she probably won’t answer you now,” the mother telecasted toward her daughter. She is stubborn so don’t be surprised if she won’t even talk.” The mother’s voice had a tone of disgust, hardly something you would expect from a mother. Any mother.

On cue, Samantha’s lips sealed together. The mother continued, “She knows her name though. Her father sometimes calls her ‘Little Susan’ which is my name. Samantha always gets mad when he says that and she yells at him even more.” The mom spoke nonchalantly, not realizing that her husband was not paying any compliments.

Samantha refused to accompany me and she wouldn’t talk or make eye contact. I watched as her mother verbally sparred at her, “Don’t be like this now. I told you not to be like this. You always have to be like this, don’t you?” The words rained down on Samantha, and she seemed to get visibly smaller with each word. Then the mother turned to me and asked if any of the preschool staff could come and intervene. I wondered to myself – if she was not able to get her own daughter to comply with a request then what could a group of strangers possibly accomplish? Samantha sat by mutely. I sat and listened, thinking that Samantha’s hair was very cute and poker straight. I felt badly about her mother’s words. I wondered if Samantha expected some salvation, and I momentarily wondered how I could deliver it.

Samantha didn’t speak throughout the entire evaluation, which is very unusual for a four year old. She wouldn’t participate in many of the assessment tasks so it was difficult to assess her actual skill. Toward the end of the evaluation I noticed her squirming in her seat so I asked her if she needed to use the bathroom. She didn’t answer; she just stared straight ahead.

As I finished writing my final notes on the paper I noticed a small stream of urine running alongside Samantha’s leg as she sat in the chair. The urine fell in drops and then collected on the floor.

I wasn’t sure what to say, or do. Then I thought of the way Samantha’s mother spoke to her, and the way her words must have stung as they fell from the mother’s mouth and toward Samantha’s ears, forming puddles around her feet.

Samantha sat expressionless, unmoved. I didn’t tell her that it would be alright, because it probably won’t be. As I quietly put on my gloves and kneeled down at Samantha’s feet, I wished that fixing this problem could be as easy as cleaning the floor.
OT stories