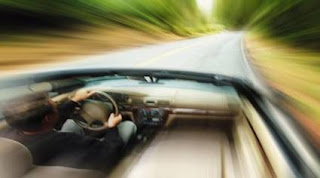 reckless. adjective
(of a person or their actions) without thinking or caring about the consequences of an action.
"reckless driving"

On February 6-7, 2017, AOTA convened an ad hoc committee. This group was charged with the task to explore current experiential requirements for OTs and OTAs.
As a result, the ad hoc group recommended a new model of experiential education that makes several disruptive changes including changes to the length of fieldwork and creation of a post-graduate first year practitioner resident program. Under this plan, graduates would complete the certification examination and practice under a limited license until the residency was completed.
The group identified that this would involve the revision of many state's practice acts. They indicate that they were informed by staff and content experts on implications of these decisions.
However, there were no state regulators listed in the ad hoc group. There were no representatives from the certification group listed. The group was composed of 50% people with primary educator backgrounds. 60% of the participants had doctoral degrees and 35% were identified with the credential 'FAOTA.' In the group that counterbalanced the experienced and elite participants were members who were brand new graduates.
At its February 17-18, 2017 BoD meeting, the AOTA President was charged with communicating these findings to ACOTE and endorsing some of the recommendations. Additionally, the BoD charged the AOTA Executive Director with completing a study of the proposal.
Currently, a study is underway and this will have a large impact on the developing doctoral standards. The profession may not be aware of AOTA's plan to completely up-end the current licensing model, and that they did so with very lopsided stakeholder input.
Opening up practice acts and adopting such recommendations when there was no stakeholder input into the process constitutes recklessness and should not be accepted.
In my state of NY, practitioners on limited permits can only practice in very select and constricted locations. This plan would place a stranglehold on new practitioners being able to find work in New York. Additionally, practitioners on limited permits are restricted from joining many insurance networks.
Also, other professions are ready to act whenever practice acts are open - we risk losing ground in many areas anytime any state opens a practice act. This should be done with much greater care than has been demonstrated so far.
In context of the AOTA President's call for a "pause" - should that include these plans as well?