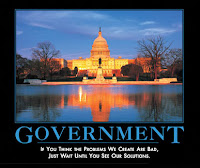 What motivates a memo from your government?

Today I was sent a memo from OPWDD that addresses the issue of interagency coordination between the Office for People with Developmental Disabilities (OPWDD) and the Early Intervention Program in NY State.  Why are they motivated to better coordinate services between governmental agencies?  Simple answer, if you read the news.


Costs for special education services are soaring in New York, as documented in this NY Times article.  Quasi-privatization comes at some cost, which really can't be denied.  If you want to get depressed go and read some audits from the State Comptroller's office.  If you are less motivated to read these audits then just watch the news and you will see several articles like this every year.  In sum, there are bad eggs out there who are gaming the special education system at taxpayer expense.

The problem with the Times article AND the problem with the resulting memo from OPWDD is that it assumes that privatization is the problem.  The actual problem is that the people we send to Albany (and the people they appoint to sit in the various Departments) don't do a good job in their auditing and regulatory functioning.  Why is it that you can go and search the Comptroller's audits and find example after example after example of companies who have hidden unauthorized costs in their Consolidated Fiscal Reports that the State in turn uses to establish reimbursement?  How many times does the same problem need to happen before there is some actual effectiveness to an audit process???

Of course the very large majority of quasi-private providers to the early intervention and preschool systems are following the letter of the law and struggling to function within the system.  Edicts and demands and requirements are passed down to law abiding providers that stifle service provision and yet do nothing to actually solve the problem of where most fraud and abuse is actually coming from.

So the Government's answer is to eliminate private providers and turn service back to the State - and we all know how efficiently the State runs things.  This is the ultimate hilarity - if the State can't find a way to functionally regulate a quasi-private system then how in the world will they be able to manage the system once they 'own' the whole thing?

Anyway, back to the OPWDD memo... a couple months ago I talked about how the State is reigning in the quasi-private system.  The current memo takes it another step forward and states:

While there are many beneficial services available through the EI program, OPWDD offers other supports through OPWDD’s Home and Community Based Services (HCBS) waiver, which may assist young children who also enrolled in Early Intervention with developmental disabilities and their families, including the following:

Respite: Short-term relief for a child’s primary caregivers provided in the home or other approved site.
Community Habilitation: A flexible, individualized service designed to improve individual skills and increase community integration.
Family Education and Training: Education and training to enhance the knowledge, skills and decision making capacity for caregivers of a child with a developmental disability.
Environmental Modifications: Adaptations to the home that are necessary to increase or maintain a child’s ability to live at home with independence.
Plan of Care Support Services: Providers of PCSS assist an OPWDD eligible child to enroll and maintain eligibility in the HCBS Waiver by reviewing the ISP every six months and performing the annual level of care evaluation.


This dovetails quite neatly with the previous memo that talks about what codes can be used by paraprofessionals, because the majority of 'Family Education and Training' and 'Community Habilitation' services are provided by unlicensed people with generic 2 or 4 year human service degrees.  It makes sense that as the State bumps against cost problems that it would look to existing programs within the structural hierarchy of the State to take control over some functions that were previously relegated to the quasi-private system.

What does it mean for families?  Well if your child 'qualifies' for the OPWDD system then you will have some aspects of care shuffled off in that direction and away from the existing Early Intervention/Department of Health system.  Since the OPWDD 'Community Habilitation' system is not populated with licensed professionals (PT, OT, or speech therapists) it is unclear how those needs will be met.  Families can probably expect to hear a lot more talk about what constitutes 'medical necessity' and what therapies meet Medicaid-reimbursable guidelines.  This will drive program costs down significantly.  This will also drive service quality down significantly.  Families will then be driven out of these State-operated systems and those who have means and resources will seek out services privately.  Those who don't have means will be stuck with what the State is able to provide.  If you think that this sounds eerily familiar to what will happen with the broader Affordable Care Act then you are correct.

Stay tuned as this all continues to unfold.
Disability rights health insurance

Barbara @therextras said…
Paraprofessionals in my state are call 'early intervention specialists'. Just as you described, they have little credential.