The rocky start to my pediatric injury prevention career

February 15, 2011
I don't frequently blog about my interest in pediatric injury prevention because our Facebook page is a much more convenient way to share information and messages about that topic.

Today I thought I would tell a quick story about one of the driving events that got me thinking about injury prevention. The thought was prompted by a story on one of my favorite websites, www.safekids.org. They have a feature on furniture tipovers that reminded me of an incident that happened to my son when I was a brand new parent over 20 years ago.

My son was nearly three years old and a very active toddler. I was watching him play in the fenced in back yard and he had his little toys, the family dog, and a toddler sized slide to keep him busy. It was a safe environment, I thought. 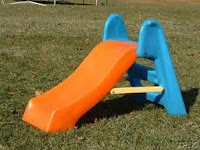 He managed to fall off the toddler slide and immediately began crying that his leg was broken. Knowing that toddlers are frequently right when they use this language, I splinted his lower leg and rushed him to the hospital.

Somehow his fracture was a spiral fracture, and this is commonly associated with a twisting type of force applied to the limb. I couldn't really see how he twisted his leg when he fell and my description of the injury didn't match the x-ray. I spent the next couple hours telling and re-telling the story to multiple doctors, nurses, social workers, and just about anyone else they could think to send over to me. I appreciated that they wanted to rule out abuse - but it was scary being on the receiving end of all those questions.

For the inspired, here is an interesting case discussion about tibial spiral fractures in children.

Anyway he was casted and sent home. The doctors put him in a full leg cast because they didn't want him to attempt walking. They didn't understand my son, who was not about to let something like a long leg cast stop him from getting around!

For the first day it was mildly entertaining to watch him attempt to stand, but simple biomechanics placed him at a severe disadvantage. After several hours of trying, I thought he just gave up. I was wrong.

While I believed that he was safely watching television with his cup of juice, snacks, toys, blankets, and everything else safely within reach, I now realize that his toddler mind was just spinning through opportunities and possibilities. When I wasn't looking, he dragged himself over to the entertainment center and attempted to pull himself up using the glass door. Here is a picture of what the entertainment center kind of looked like: 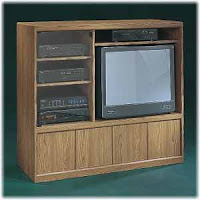 Thankfully the entertainment center was bolted to the wall, but he managed to pull the glass door directly off of its hinges, careening him backwards - causing the door to hit him squarely in the forehead and opening up a rather large gash above his eye. I rushed him to the hospital again.

He was pretty traumatized, and required seven stitches to close the wound. My confidence in safe parenting aspirations was functionally shot - it was a horrible string of misfortune. I thought the worst part was going through another two hours of questioning by the hospital workers who really did not believe my story - but actually it was even worse watching him placed in a velcro restraint board so he would be still enough for them to get the stitches in. It was horrible.

These events, when my son was nearly three, launched my interest in pediatric injury prevention. I didn't incorporate this interest into my occupational therapy work until several years later when I had the opportunity to help develop a safe transportation program for children who were being sent home from the hospital in spica casts.

Anonymous said…
Good job, Chris - on this post! I truly understand what you experienced.

I don't do fb but I think your page is an excellent idea. Barbara
9:08 PM

Lauren said…
Poor guy! But it's great to hear you're helping other mothers make their homes safer for active tots.
1:51 PM