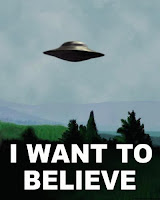 I received an email from the Sensory Processing Disorder Foundation about today's NY Times article discussing the process of how disorders are included in the DSM.

The email expressed excitement that awareness of sensory processing disorder was growing. I think that awareness of any problems that children have that can impact their ability to function is good - but I remain unconvinced that we are anywhere near ready for DSM inclusion of sensory processing disorder, if such a unitary disorder even exists. I have blogged about this topic before here.

As the title of this entry suggests, my primary sticking point is the problem of empiricism vs. innatism. Empirical analysis suggests a process where there is NO prior knowledge and everything learned is written upon the 'blank slate' of consciousness. One could argue that the seedwork of sensory integration research completed by Ayres was the closest that we may come to a truly empirical approach to the issue of sensory integration. Her diagnostic typologies were reported along with the publication of the SCSIT in 1972 and later the SIPT in 1989. Even the SIPT typologies were likely 'polluted' through statistical factor and cluster analysis but still this represented excellent sophistication at the time.

Fast forward 20 years from the SIPT - and we have done too little. We have been waylaid with pseudoscience of brushing and Brain Gym and auditory interventions and other professionals have confused Ayres' concepts with everything from Doman-Delacato approaches to Snoezelen. It has been a mess.

Parham, et al (2007) began the excellent discussion on the fidelity problem and I really thought that this represented a turning point. Ayres' original typologies drove us toward fidelity, but there are problems with the test - and there was a need to re-think and evolve the concepts. Unfortunately, this is where the field has fallen short: instead of developing the theory and developing clinically useful tools that could inform us for refinement of appropriate clusters and factors - we fell into a much lower level of evidence based development - and instead came up with the so-called empirical analysis completed by Miller et al (2007). There is little doubt in my mind that sensory processing difficulties exist, but I don't see any evidence that helps me understand how to tease these difficulties apart from other diagnostic entities or even from simple childhood behavioral difficulties. We just don't have the measurement tools to do this with any degree of statistical reliability much less clinical validity.

So experience is great and developing typologies based on many expert opinions is interesting - but it seems like such a giant step backwards from test development and clinical diagnostics. I believe that the DSM folks would be much more impressed with sound diagnostic tests and an evolved SIPT. If I was considering sensory processing disorder for inclusion I would want some real clinical tools to diagnose it and that actually provided some evidence that such a disorder exists and actually occurs outside of other conditions.

My point here is that I don't think we are really using empirical methodologies when it comes to identifying so-called sensory processing disorders. Rather, we are relying on the conceptual innatism that has been passed on to us from our forebears - and as inspirational as those fountains were - it really is time to move on to more evidence based methods.