More notes from the carceral archipelago 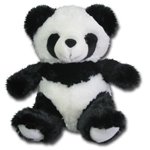 Advance warning: this is not for the faint of heart. If you are easily offended, please move on.

I don’t want to discuss too many details because this is a sensitive situation, so I will try to focus my discussion on the issues of sociobiology, sensory processing and behavioral analysis, disability rights, and of course the carceral archipelago.

I get the most interesting referrals. A recent one was for a young adult who has mild to moderate developmental disabilities who was removed from his community vocational placement because of inappropriate sexual behavior. A psychologist had the idea that perhaps some of the behaviors were generated from a ‘sensory seeking’ type of profile so I was asked to assess this area and provide some input for the team to consider.

I would like to offer an analogy for purposes of beginning this discussion. I am not equating human and animal behavior by giving this example, but rather trying to find a means of opening a discussion on instinctive sexual activity. So, my poor dog Hunter will serve as the focus of the conversation (and I label him as such because his ‘personal’ information is about to be posted for the world to see).

Hunter has been physically castrated but he still has some instinctive sexual urges. I suppose that his adrenal glands can still produce some androgens, so the castration couldn’t have totally eliminated testosterone from his body. This could represent some hormonal contribution to his behaviors, although this would presumably be small.

Sexual activity has a social component, so it is important to consider this angle as well. We were careful to establish that humans are the alphas in the family. So although it kind of grossed out the kids, I wasn’t really surprised when one of them came running up the stairs screaming “Help! Help! Hunter is humping my stuffed panda bear!” He had to find something to dominate, I guess.

Hunter is a sensory seeking dog – just like most golden retrievers. But I don’t know that my dog has a sensory processing disorder. I also don’t know that if I put him on a sensory diet that I would be able to materially change his episodic humping of the stuffed panda bear. I stand firm in my reasoning that makes me believe that poor Hunter does not have a sensory disorder.

So how can this relate to the referral I received?

Here is where the disability rights issues enter into the equation. My jaw dropped when I read it, but the fellow I assessed receives Depo-Provera shots. It just grates at my sense of morality – this fellow can read at a 3rd or 4th grade level, communicates well, and lives in a community setting. I understand that there has to be some concern for the safety of others but is chemical castration ethical in people who have developmental disabilities? Anyway, right or wrong, hormones obviously can’t totally explain his behaviors because he has been essentially castrated but the behaviors persist.

From a sensory perspective, I don’t know that I will focus my recommendations on any kind of sensory program. I gave the Adolescent/Adult Sensory Profile but didn’t score it yet – although I wouldn’t be surprised if he has some sensory seeking tendencies. I just don’t know if there is a lot of face-validity to the notion that sensory seeking tendencies would lead to paraphilias in whatever forms. Certainly sensory stimulation is part and parcel of sexual activity but it is another leap entirely to state that people who demonstrate ‘alternate’ sexual activities are primarily driven by sensory seeking tendencies. So I am willing to consider the hypothesis, but not willing to entirely focus my recommendations that way.

If we eliminate hormones and don’t want to accept sensory explanations, we are left with the social contributions. This is where we have to discuss the carceral archipelago.

Sexuality is instinctive, and unfettered or unrepressed sexuality can be interpreted to represent a range of behaviors. Instinctive sexuality might represent a lack of inhibition such as could happen with a person who has cognitive deficits. Instinctive sexuality might also represent a total lack of a moral compass such as with a pedophile. I imagine that forensic psychologists have to cope with this issue frequently, even though there is some debate about the DSM-IV-TR diagnosis of Paraphilia. To label something as deviant is to pass a moral judgment on the activity, and it seems that a lot of psychologists are interested in avoiding a repeat of the homosexuality debate.

The System (whatever that is) decided that castration was an answer to the problem – because the System Administrators have to dance around the issues of what constitutes appropriate vs. inappropriate sexual behavior. This is an error of magnificent proportions on so many fronts. I challenge whoever provides a paraphilia diagnosis to hang out for a weekend in the dorms of a bunch of college aged men. You will see all kinds of sexual obsession and even paraphilia in a college dorm. The difference is that college aged men generally have superegos that prevent them from acting on these obsessions (please let’s not talk about lacrosse players at Duke).

It seems to me that what this fellow is missing is a filter so that he will keep his proclivities to himself. His behaviors are inappropriate but I know that his thoughts are relatively common. He just needs to unplug thought from action. Or at least be a little more discriminatory about where and how he expresses himself. He is mentally retarded and he has some other developmental disabilities. Is it a surprise that a few social filters could be missing?

So how do missing filters contribute to non-criminal sexual ‘deviance.’

Prison Systems support and reinforce homosexuality – simply because sexuality becomes an issue of opportunity and availability (and perhaps power). Group homes for people who have developmental disabilities can do the same thing. Group homes can socialize a young man who lacks filters into an environment that is primarily male. Then consider that there are limited opportunities for socializing with women. Then consider that there is a failure in providing normative opportunities for psychosexual and social development. These factors are at the root of ‘situational homosexuality’ or ‘behavioral bisexuality.’

When the target of a sexual advance is non-consensual, people don’t stop to think about the roots of the problem. Instead, the System apparently moves with lightning speed toward Depo-Provera, behavioral intervention plans, and wacky ideas like sensory diets to solve hypersexuality. We have to know better than this.

If we had a humanizing environment and system of care for people who have developmental disabilities we would not create or contribute to these problems. You can not take a young person who is developmentally disabled, place them in an institutional environment, and then expect that they will develop normally. So even though we all went along with deinstitutionalization and thought it was the best thing to do, we are finding out that the creation of mini-institutions in our communities has not solved the problem. Everyone knows it too – which is why you will see people screaming “Not in my back yard!’ at zoning board meetings across the country whenever someone tries to open up a community residence.

So a sensory diet won’t solve this problem. Neither will chemical castration. Neither will placement far away from society. The real answer lies in providing opportunities for normal development, including normal education, normal occupation, and normal socialization. Nothing could be so simple, and yet so hard for the System to provide.
Disability rights philosophy sensory integration