California's Proposition 82 and the slow creation of a caste society 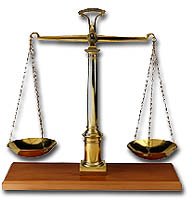 The decision on universal pre-kindergarten is coming to a head in California. Voters will decide on this controversial issue on June 6th.

Proposition 82 establishes a right to voluntary preschool for all four-year old children. The program is funded by a 1.7% tax on individual incomes above $400,000 or $800,000 for couples. More details on the proposal can be found here.

Supporters of the proposition state that Prop 82 gives a free, high quality preschool education to every four-year old in California. They claim that it will provide trained, credentialed teachers in every classroom, more parental involvement, and strict accountability and enforcement to ensure that every dollar is dedicated to preschool.

Opponents of the proposition state that Prop 82 will not appreciably increase preschool participation and that turning over control of preschool to the state will result in a less efficient and more expensive program. They state that the money would be better spent on improving current K-12 programs.

In a previous entry I asked if people could ever believe that the state could administrate and manage an effective program, and would they be willing to pay? If history is any indicator, the government is not capable of running an efficient preschool program. You can read more here about issues I have previously discussed with program overlap between Head Start, Even Start, and IDEA services.

There is no doubt that we need to have high quality preschool and school age programs, but I am just not convinced that we have been able to accomplish this goal. We need to extricate ourselves from the current program disasters and re-invent these programs with more efficient models. Handing over control to a state government just creates another layer of confusion in California and will continue to foster a two-tiered system of services.

While flying to LA this morning I sat next to a mom on the plane who told me that the California school system was a nightmare. "The only kids in public schools are those whose parents think that it served them well enough, or if they don't have the money to escape." She sends her preschooler to an exclusive private school but told me - "You know, I don't mind that we haven't implemented a voucher system yet because if I support the local school through taxes I suppose that it will still support my property value. So I still receive some benefit, even though my child will never attend the public system."

Of course, she lives in an exclusive community and can afford $25,000 a year tuition on her child's private school. Although I don't know her financial situation exactly, I wouldn't be surprised if she will be one of the people taxed under Prop 82.

So there is a population of the most wealthy people who figure they can cough up a few thousand dollars more in taxes, and they don't care. Their children go to private schools anyway.

Obviously, we are just creating a caste society. The wealthy people go to their own schools. They also fund the public schools - administrated by the government, and rife with bureacratic inefficiency. So unless you can break through to the level where you can also afford that private school, I suppose you are stuck with the public system.

Someone help the middle class, because the teacher unions and big government will make sure that a voucher never gets into their hands. In the meantime, those kids pay the biggest price - stuck in an inefficient government-run system that can't get out of its own way to accomplish real education.
OT practice school-based practice