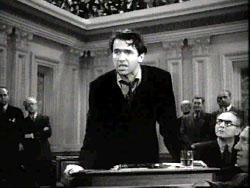 I am in Washington, DC tonight. As part of my ongoing doctoral studies I am participating in some lobbying efforts to repeal the payment caps that were placed on Medicare Part B outpatient rehab services as part of the 1997 Balanced Budget Act . Since 1997 the caps have only been imposed for 3 months in 2003 because Congress passed moratoriums delaying the impact of the caps.

Unless Congress takes action again, the current moratorium will expire on December 31, 2005, and the caps will take effect on January 1, 2006. The caps limit Medicare coverage to $1,500 for occupational therapy. What does that mean? Basically it means that people with Medicare will have limited access to OT, and it means that other insurance companies will be likely to follow suit. That's not good for people who need the services.

There is some talk about 'pay for performance' systems - and I don't think that I am opposed to that type of a model - but we probably are a long way from being able to implement that kind of a system as it relates to rehab services.

There are other issues to be discussed, but I will be focusing on the Medicare caps.